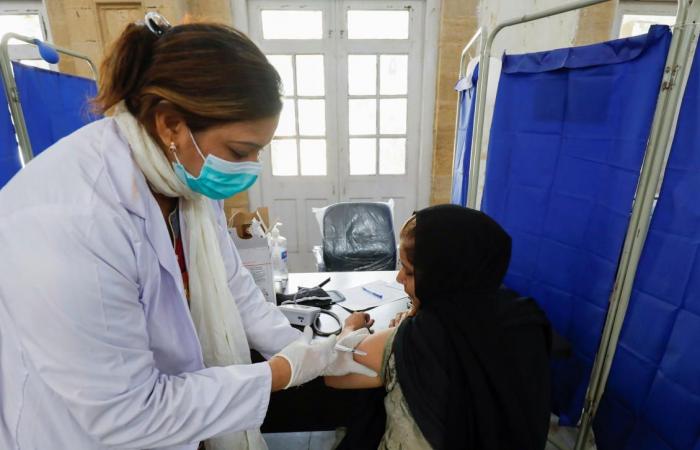 Jeddah - Yasmine El Tohamy - MOSCOW: Aides of jailed Kremlin critic Alexei Navalny said they have pushed the EU to sanction prominent members of President Vladimir Putin’s circle including business tycoons to ramp up pressure on Russia.
The move comes after the tit-for-tat expulsion of several European and Russian diplomats as tensions run high over the Navalny affair.
The head of Navalny’s regional network Leonid Volkov and another associate, Vladimir Ashurkov, made the calls on Monday during a video conference with EU states dedicated to the bloc’s “next steps” on Russia.
The call was hosted by Poland and included envoys from the United States, Canada, Britain and Ukraine, Poland’s mission in the EU wrote on Twitter.
Volkov wrote on the Telegram messenger late Monday that he and Ashurkov had discussed “personal sanctions” against billionaires Roman Abramovich, the owner of Chelsea football club, and Alisher Usmanov.
He said they also named the head of Russian state bank VTB Andrey Kostin and television executive Konstantin Ernst, among others.
Any new sanctions on Russia imposed by the West would add to a wave of penalties slapped on Moscow by Washington and Brussels following the annexation of the Crimean peninsula from Ukraine in 2014.
Navalny and his team say that for the Kremlin to change its course, the West should introduce targeted sanctions against oligarchs close to Putin.
Volkov did not disclose whether the meeting resulted in concrete agreements, but said Navalny’s team will promote personal sanctions “in the coming weeks and months.”
He said that the proposed sanctions were in the interests of ordinary Russians.

“It is hard to come up with something more patriotic; something that would be even more in the interests of Russia,” Volkov added.
The video call took place at a time of heightened tensions between the European Union and Russia, exacerbated by the arrest and jailing of Navalny.
Moscow on Friday expelled three European diplomats during a visit to Russia by EU foreign policy chief Josep Borrell, accusing them of taking part in protests in support of Navalny.
On Monday Germany, Sweden and Poland each ordered the removal of a Russian diplomat in retaliation.
EU foreign ministers have said they will debate punitive measures and possible sanctions against the Kremlin when they meet on February 22.
Russian foreign ministry spokeswoman Maria Zakharova on Tuesday called Navalny’s team “traitors” for holding talks with people “who see Russia either an adversary or an enemy or an aggressor.”
Vyacheslav Volodin, speaker of parliament’s lower house, has said that Moscow may introduce legislation holding criminally liable those calling for new sanctions against Russia.
Navalny was arrested on his arrival in Moscow in mid-January after recovering in Germany from a Novichok poisoning attack the West believes was ordered by the Kremlin.
He was jailed for nearly three years last week for violating parole conditions while in Germany.
Volkov on Tuesday called on Navalny’s sympathizers to show support Sunday evening by lighting phone flashlights outside their homes for 15 minutes.
“Love is stronger than fear,” he said on Facebook.

These were the details of the news Pakistan approves Russia’s Sputnik V COVID-19 vaccine for emergency use for this day. We hope that we have succeeded by giving you the full details and information. To follow all our news, you can subscribe to the alerts system or to one of our different systems to provide you with all that is new.