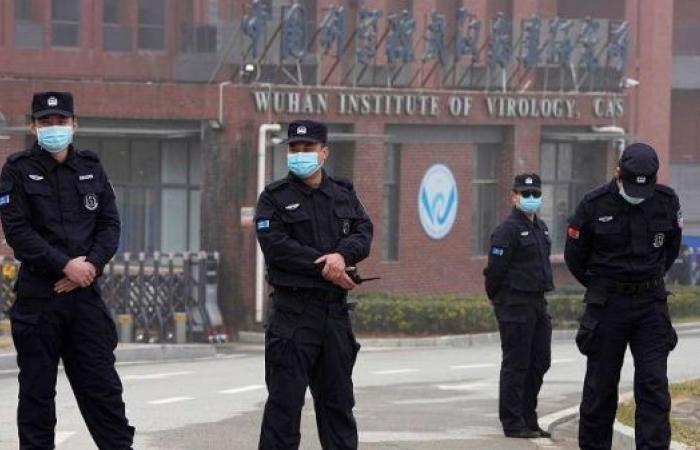 We show you our most important and recent visitors news details 'Extremely unlikely' COVID originated from a laboratory leak, says WHO official in the following article

Hind Al Soulia - Riyadh - GENEVA — It is "extremely unlikely" COVID-19 originated from a laboratory leak in Wuhan, China, an expert with the World Health Organization (WHO) says.

The team of experts sent by the WHO to investigate the origins of the COVID-19 pandemic in the city also said they found no evidence of an outbreak related to the virus in the city prior to 2019.

Giving an update on their findings the day before they depart China, Peter Ben Embarek from the WHO delegation said the picture they had of the situation before their investigation had not changed dramatically.

But he dismissed the theory pushed by the Trump administration in the US that a laboratory incident at the virology institute was behind the outbreak, saying it was "extremely unlikely to explain the introduction of the virus to the human population".

He added that it would not be a hypothesis that would inform his team's future work in understanding the origin of the virus.

Speaking alongside a Chinese scientific delegation, Embarek said the team embarked on a search for cases earlier on in 2019, concluding that they "did not find evidence of large outbreaks that could be related to cases of COVID-19 prior to December 19 in Wuhan or elsewhere."

“We can also agree we have found evidence of a wider circulation of the virus in December. It was not just a cluster outbreak in Wuhan markets but it was also circulated outside of the markets.”

More than a year after the start of the coronavirus crisis that has engulfed the planet, the investigators spoke alongside officials in Wuhan, where the first cases of the virus were discovered in December 2019.

Liang Wannian, the head of the Chinese scientific delegation, said that transmission from an animal is likely but the animal "has not yet been identified".

The WHO mission had a shaky start, with China seemingly reluctant to allow the experts to conduct their work, failing to provide clearances to some of the team.

The experts arrived in China in January and visited key places linked to the initial outbreak, including meat and fish markets where early cases were found.

Discussing the various hypotheses of how the virus was first transmitted to humans, the idea it was by an intermediary animal is “most likely”, Embarek said.

The WHO had already warned that patience will be needed before finding a possible answer, a message reiterated by a member of the team, Dr Hung Nguyen-Viet, in an interview with AFP.

"We are in a process and we need time and effort to understand" what happened, explained the specialist, co-director of the human and animal health programme at the International Livestock Research Institute in Nairobi. — Courtesy CNN

These were the details of the news 'Extremely unlikely' COVID originated from a laboratory leak, says WHO official for this day. We hope that we have succeeded by giving you the full details and information. To follow all our news, you can subscribe to the alerts system or to one of our different systems to provide you with all that is new.