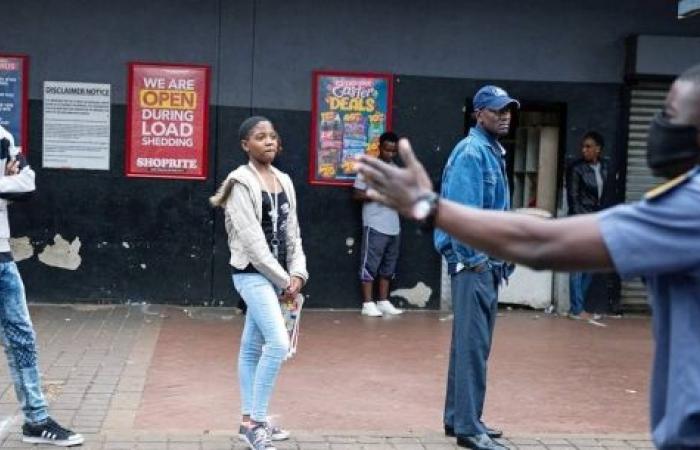 We show you our most important and recent visitors news details New COVID-19 variants raise questions around vaccines: WHO in the following article

Hind Al Soulia - Riyadh - GENEVA — The emergence of new coronavirus variants has raised major questions around whether currently available vaccines will be effective against them, the head of the World Health Organization (WHO) said on Monday.

WHO chief Tedros Adhanom Ghebreyesus was speaking one day after South Africa announced it was temporarily suspending rollout of the Oxford-AstraZeneca vaccine after a relatively small study revealed it provided reduced protection against the variant first identified in the country.

A role for the public and manufacturers

Tedros described the development as “concerning news”, though noting important caveats related to the study.

“These results are a reminder that we need to do everything we can to reduce circulation of the virus with proven public health measures,” he said, speaking during WHO’s latest press briefing from Geneva.

“It also seems increasingly clear that manufacturers will have to adjust to the evolution of the virus, taking into account the latest variants for future shots, including boosters.”

The Oxford-AstraZeneca vaccine is among several found to be effective in preventing severe disease, hospitalization and death from COVID-19, said Tedros.

The South African study showed it was minimally effective at preventing mild to moderate illness caused by the variant first identified there, known as 501Y.V2.

“Given the limited sample size of the trial and the younger, healthier profile of the participants, it is important to determine whether or not the vaccine remains effective in preventing more severe illness,” he told journalists.

Some 2,026 participants took part in the trial, according to Professor Salim Abdool Karim, co-chair of South Africa’s Ministerial Advisory Committee on COVID-19.

“While the overall efficacy of the AstraZeneca vaccine was 66 percent in the larger study that includes the UK, Brazil and South Africa, the South African data on its own showed only 22 percent efficacy,” he said.

“We know from the overall trial that the AstraZeneca vaccine is effective against other pre-existing variants. We’re just not confident about its efficacy against the 501Y.V2 variant.”

Professor Karim said South Africa is considering a proposal to rollout the vaccine among 100,000 people initially, and monitoring their hospitalization rates based on a threshold. The country also plans to move ahead with deploying vaccines made by Pfizer/BioNTech and Johnson and Johnson, according to media reports.

WHO has a mechanism in place for tracking and evaluating COVID-19 variants, which is being expanded to provide guidance to manufacturers and countries on changes that may be needed for vaccines.

The agency’s Strategic Advisory Group of Experts on Immunization (SAGE) met on Monday to review the Oxford-AstraZeneca vaccine, and its recommendations are forthcoming.

WHO has dispatched a research team to the eastern Democratic Republic of the Congo (DRC), where Ebola has resurfaced after a previous outbreak was declared over last June.

Congolese authorities announced on Sunday that a new case was reported near the city of Butembo, in North Kivu province, located in a region, which had beat back the disease following nearly two years of battle.

The woman, who has since died, was married to an Ebola survivor. WHO said in a press release issued on Sunday that it was not unusual for sporadic cases to occur, following a major outbreak.

WHO is supporting local and national authorities to trace more than 70 contacts, while sites she visited are being disinfected.

“So far, no other cases have been identified, but it is possible there will be further cases because the woman had contact with many people after she became symptomatic,” Tedros said.

“Vaccines are being sent to the area and we hope that vaccination will start as soon as possible.” — UN News

These were the details of the news New COVID-19 variants raise questions around vaccines: WHO for this day. We hope that we have succeeded by giving you the full details and information. To follow all our news, you can subscribe to the alerts system or to one of our different systems to provide you with all that is new.