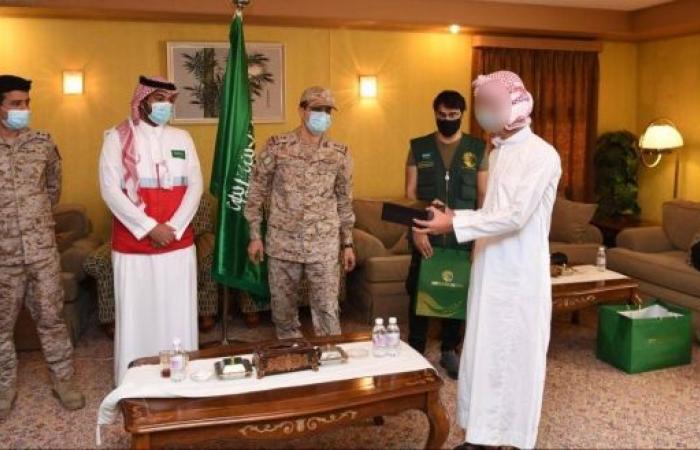 RIYADH — The Joint Forces Command of the Arab Coalition, represented by the Child Protection Unit, handed over a Yemeni minor, who had participated in combat operations using weapons, to the representative of the legitimate Yemeni government. The teenager was recruited by the terrorist Houthi militia, who in turn forced him to engage in the fighting against the coalition.

The legitimate Yemeni government will return the minor to his family. The handing over ceremony was held in the presence of the representative of the International Committee of the Red Cross and representatives of the Saudi Red Crescent Authority and the Human Rights Commission as well as specialists from the Child Protection Unit led by the coalition.

It is noteworthy that the Child Protection Unit has so far returned a total of 146 minors who were recruited by the Houthi militia. It has been proven that these children participated in combat operations in the battlefield while carrying of weapons supplied by the militia, and this act of the Houthi militia contravenes international humanitarian laws and the rights of children.

These were the details of the news Arab Coalition hands over Yemeni minor to legitimate government for this day. We hope that we have succeeded by giving you the full details and information. To follow all our news, you can subscribe to the alerts system or to one of our different systems to provide you with all that is new.