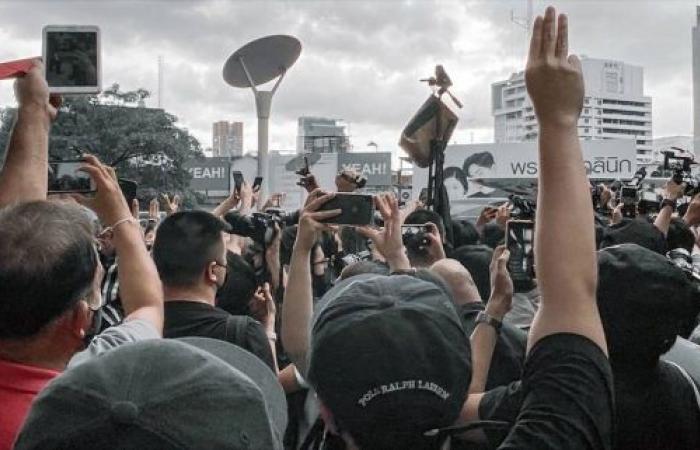 Hind Al Soulia - Riyadh - GENEVA — United Nations independent human rights experts on Monday voiced grave concerns over increasingly severe use of lèse-majesté laws in Thailand, warning that a rise in their usage is further restricting civic space and the enjoyment of fundamental freedoms in the country.

The lèse-majesté provision of Thailand’s criminal code prohibits defaming, insulting or threatening the royal family, and carries severe punishments for those found guilty.

“We have repeatedly emphasized that lèse-majesté laws have no place in a democratic country,” the experts said.

“Their increasingly harsh application has had the effect of chilling freedom of expression and further restricting civic space and the enjoyment of fundamental freedoms in Thailand,” they added.

In a news release, the experts also said they were alarmed that Anchan Preelert, a 60-year-old former civil servant, had been sentenced to over 43 years in prison for insulting the royal family.

The sentence is believed to be the country’s harshest under lèse-majesté provisions, for reportedly having posted audio clips that were critical of the monarchy on her Facebook page between 2014 and 2015.

Preelert’s case was first raised by the UN independent experts in 2016. She was initially tried in a military court and sentenced to 87 years in prison. Her sentence was halved when she confessed to the alleged violations after her case had been transferred to a civilian court in mid-2019. The decision is being appealed.

“We urge the appeal court to reconsider the case of Anchan Preelert in line with international human rights standards and set aside the harsh sentence,” the rights experts said.

According to the experts, as pro-democracy activists have largely moved towards online advocacy in light of the COVID-19 pandemic, authorities have begun enforcing lèse-majesté provisions more strictly and have even charged minors with these severe charges for exercising their freedom of expression.

“We are profoundly disturbed by the reported rise in the number of lèse-majesté prosecutions since late 2020 and the harsher prison sentences,” they said.

While underlining their constructive ongoing dialogue with the government on this matter, the experts said that under international human rights law, public figures, including those exercising the highest political authority, such as heads of state, are legitimately subject to criticism.

“The fact that some forms of expression may be considered offensive or shocking to a public figure is not sufficient to justify the imposition of such severe penalties,” they said.

“We call on the authorities to revise and repeal the lèse-majesté laws, to drop charges against all those who are currently facing criminal prosecution and release those who have been imprisoned under for the exercise of their rights to freedom of expression and of peaceful assembly,” the experts said.

The human rights experts voicing concerns include the special rapporteurs on the right to freedom of opinion and expression, and on the rights to peaceful assembly and of association; as well as the members of the Working Group on Arbitrary Detention.

The Special Rapporteurs and Working Groups are part of what is known as the Special Procedures of the Human Rights Council. The experts work on a voluntary basis; they are not UN staff and do not receive a salary. They are independent from any government or organization and serve in their individual capacity. — UN News

These were the details of the news UN rights experts alarmed by rise in use of lèse-majesté laws in Thailand for this day. We hope that we have succeeded by giving you the full details and information. To follow all our news, you can subscribe to the alerts system or to one of our different systems to provide you with all that is new.