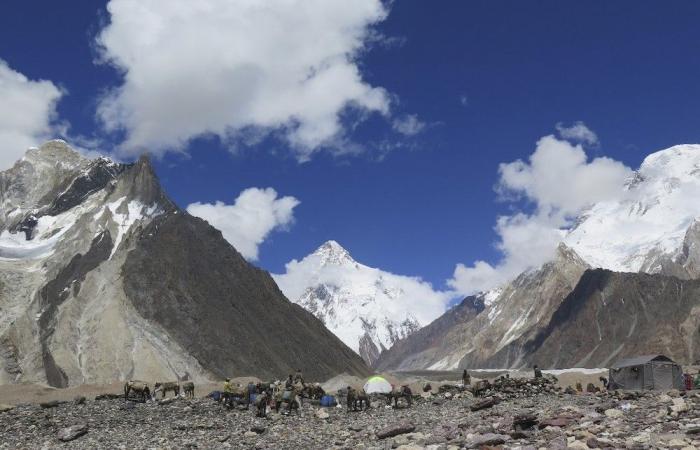 ISLAMABAD, Feb 8 — Fears are growing for three climbers missing while attempting to summit the world’s second-highest mountain, K2, after helicopters failed to spot them on the second day of searching, the Alpine Club of Pakistan said yesterday.

Climbers John Snorri from Iceland, Juan Pablo Mohr from Chile and Muhammad Ali Sadpara from Pakistan lost contact with base camp on Friday.

The helicopters’ crew traced the route up to a height of 7,000 metres, he added.

Chhang Dawa Sherpa, their expedition manager, said he was part of one search team trying to trace the mountaineers.

“The search team went through the Abruzzi and other routes, we had less weather visibility above C 4 (camp 4), unfortunately, no trace at all,” Sherpa said in a statement.

Sajid Sadpara, son of Muhammad Ali Sadpara, who had last seen his father at K2’s final technical difficulty “bottleneck,” said the chances of survival were bleak.

“The chances of surviving for two-three days at 8,000 (metres) in winters are very low,” Sadpara told reporters.

On Friday a Bulgarian mountaineer was confirmed to have died on K2.

He is the third mountaineer to die on K2’s slopes this year, after a Spanish climber fell to his death last month.

Russian-American Alex Goldfarb also died on a nearby mountain during an acclimatising mission in January.

A team of Nepali climbers made history on K2 last month when they became the first to scale it in winter.

Conditions on K2 are harsh: winds can blow at more than 200 kilometres per hour and temperatures can drop to minus 60 degrees Celsius.

With Pakistan’s borders open and few other places to go, this winter an unprecedented four teams totalling around 60 climbers have converged on the mountain.

Unlike Mount Everest, which has been scaled by thousands of climbers young and old, K2 is much less travelled due to its tough conditions. — AFP

These were the details of the news Fears grow for missing climbers on Pakistan’s K2 for this day. We hope that we have succeeded by giving you the full details and information. To follow all our news, you can subscribe to the alerts system or to one of our different systems to provide you with all that is new.