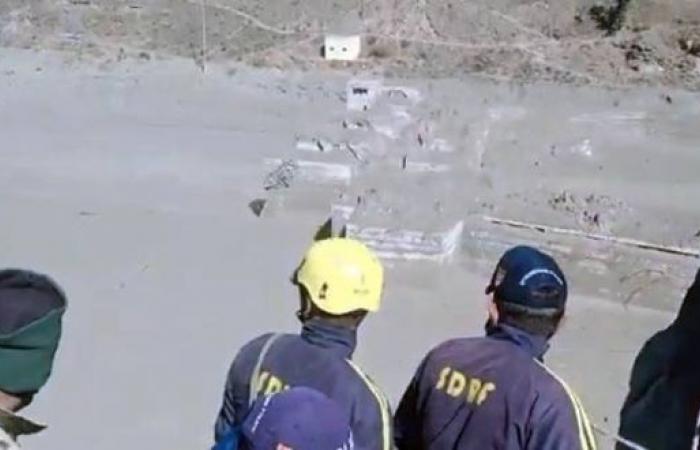 The Asian News International (ANI) quoted local authorities as saying that at least 150 people are feared missing after a massive avalanche in Joshimath, which triggered a huge flooding in the nearby Dhauli Ganga River.

The authorities issued flood alert for Srinagar, Haridwar and Rishikesh after the tragic incident and hundreds of National Disaster Response Force (NDRF) and Indo-Tibetan Border Police (ITBP) personnel were rushed to the area to support the local and police in the rescue operations.

It was reported that a breaking of glacier at Joshimath in Uttarakhand’s Chamoli district triggered a massive flood in Dhauli Ganga.

The Chamoli police also informed that Rishi Ganga Power Project has been damaged. According to reports, more than 150 laborers working in a power project are missing.

“Representatives of the power project have told me that they are not being able to contact around 150 of their workmen at the project site,” she said.

The waters in the Dhauli Ganga, a tributary of the Ganga, is flowing two to three meters above normal. Several districts, including Pauri, Tehri, Rudraprayag, Haridwar and Dehradun, are likely to be affected and have been put on high alert.

The ITBP said that a massive flood was seen near Reni village, where some water bodies flooded and destroyed many river bankside houses.

Hundreds of ITBP personnel have been rushed for rescue operations. The Chamoli district magistrate has instructed officials to evacuate people living in villages on the bank of Dhauli Ganga River.

Uttarakhand Chief Minister Trivendra Singh Rawat said that the district administration, police and disaster management departments have been directed to deal with the situation. He urged people not to pay attention to any kind of rumors. “Government is taking all necessary steps,” he said. — Agencies

These were the details of the news 150 feared missing after massive floods hit India’s Uttarakhand area for this day. We hope that we have succeeded by giving you the full details and information. To follow all our news, you can subscribe to the alerts system or to one of our different systems to provide you with all that is new.