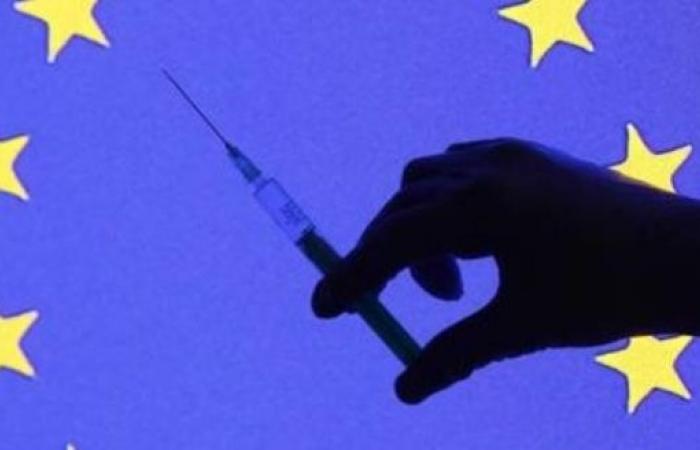 Austria, France and Germany are going to restrict the jab to the under 65s because of a lack of data for older age groups following the vaccine's trials.

For Hungary it's the fourth vaccine that has arrived after the Pfizer/BioNTech, Moderna and Sputnik V formulations.

According to the government, it will be enough to vaccinate 20,000 people.

"The European Union reserved 300 million doses of this vaccine, and from this more than six million will arrive in Hungary in installments, on a weekly basis," said Antal Feller, Hungaropharma chief executive.

France has received 273,600 doses of the AstraZeneca jabs and they are all reserved for health professionals.

"This vaccine has an advantage over the previous one. We can keep it just in a refrigerator and not in the freezer like the previous one," Dr. Brigitte Bonan, the head pharmacist at Foch Hospital said.

France is currently restricting the vaccine to those ages 50 to 64, despite guidance from the European Medicines Agency that it could be used for all adults.

It gives France a third vaccine and helps bolster a promise by President Emmanuel Macron that all French who wish will be vaccinated by summer's end.

It gets the second batch of 304,800 doses next week. So far, about 1.8 million people had been vaccinated.

France remains under a 12-hour curfew starting at 6 p.m., with restaurants and cultural venues closed for months and a full border closure with countries outside the EU.

It has now registered 3.5 million confirmed cases and more than 78,700 confirmed deaths.

The first delivery of AstraZeneca COVID-19 vaccines arrived in Italy on Saturday.

Italy's Ministry of Defense said that 249,600 doses of the AstraZeneca vaccine arrived at the Pratica Di Mare military airport, about 40 kilometers (24 miles) south of the capital Rome.

The base functions as a national hub for vaccine distribution across Italy. The Ministry said that the doses would be distributed to the country's regions by the army in the coming days.

The Health Ministry predicted that Italians could receive their AstraZeneca vaccinations from as early as next week.

But despite welcoming the imminent arrival of the vaccine, the government expressed disappointment at the number of doses received from manufacturers so far.

Initial expectations were that Italy would receive 28 million doses of the vaccine in the first trimester of 2021, or nine million a month. Only two million doses arrived in January, far less than those expected. — Euronews

These were the details of the news Five EU states receive first shipments of AstraZeneca vaccine for this day. We hope that we have succeeded by giving you the full details and information. To follow all our news, you can subscribe to the alerts system or to one of our different systems to provide you with all that is new.