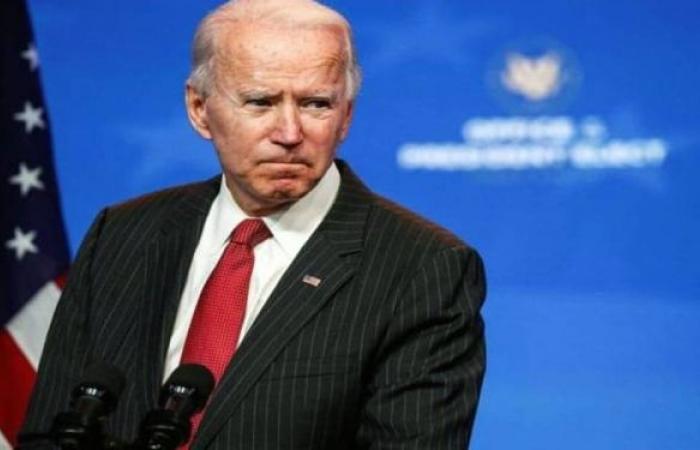 We show you our most important and recent visitors news details 'Erratic' Trump should not receive intelligence briefings: Biden in the following article

Asked in an interview with CBS News what he feared if Trump continued to receive the briefings, Biden said he did not want to “speculate out loud” but made clear he did not want Trump to continue getting them.

White House press secretary Jen Psaki said earlier this week that the issue of granting Trump intelligence briefings was “something that is under review.”

Some Democratic lawmakers, and even some former Trump administration officials, have questioned the wisdom of allowing Trump to continue to be briefed, according to a report in Euronews.

Susan Gordon, who served as the principal deputy director of national intelligence during the Trump administration from 2017 to 2019, in a Washington Post op-ed last month urged Biden to cut off Trump.

“His post-White House ‘security profile,’ as the professionals like to call it, is daunting,” Gordon wrote days after a pro-Trump mob laid siege to the US Capitol as lawmakers sought to certify his defeat in last November’s election.

“Any former president is by definition a target and presents some risks. But a former president Trump, even before the events of last week, might be unusually vulnerable to bad actors with ill intent.”

Whether to give a past president intelligence briefings is solely the current officeholder’s prerogative. Biden voiced his opposition to giving Trump access to briefings as the former president's second impeachment trial is set to begin next week.

Biden, however, said Friday that his hesitance to allow Trump access to the briefing was due to the former president’s “erratic behavior unrelated to the insurrection.”

Gordon also raised concerns about Trump’s business entanglements. The real estate tycoon saw his business founder during his four years in Washington and is weighed down by significant debt, reportedly about $400 million. Trump during the campaign called his debt load a “peanut” and said he did not owe any money to Russia.

“Trump has significant business entanglements that involve foreign entities,” Gordon wrote. “Many of these current business relationships are in parts of the world that are vulnerable to intelligence services from other nation-states.”

“There’s no circumstance in which this president should get another intelligence briefing,” Schiff said shortly before Trump ended his term last month. “I don’t think he can be trusted with it now, and in the future.”

A senior administration official previously told CNN that Trump has not submitted any requests at this point. There are many ways intelligence can be presented, the official said, something the intelligence community would formulate should any request come in.

Trump was not known to fully or regularly read the President's Daily Brief, the highly classified summary of the nation's secrets, when he was in office. He was instead orally briefed two or three times a week by his intelligence officials, CNN has reported.

Also, In the clip of the interview that aired Friday, Biden declined to say if he'd vote to convict Trump in next week's impeachment trial if he were a senator.

"Look, I ran like hell to defeat him because I thought he was unfit to be president," Biden said. "I've watched what everybody else watched, what happened when that — that crew invaded the United States Congress. But I'm not in the Senate now. I'll let the Senate make that decision."

In remarks following the January insurrection, Biden told reporters, "I've been saying for now, well, over a year, (Trump's) not fit to serve. He's one of the most incompetent presidents in the history of the United States of America."

Last week, Biden told CNN's Kaitlan Collins he thought the impeachment trial "has to happen." The House of Representatives impeached Trump last month on a charge of inciting the insurrection at the Capitol that left five people dead. — Agencies

These were the details of the news 'Erratic' Trump should not receive intelligence briefings: Biden for this day. We hope that we have succeeded by giving you the full details and information. To follow all our news, you can subscribe to the alerts system or to one of our different systems to provide you with all that is new.