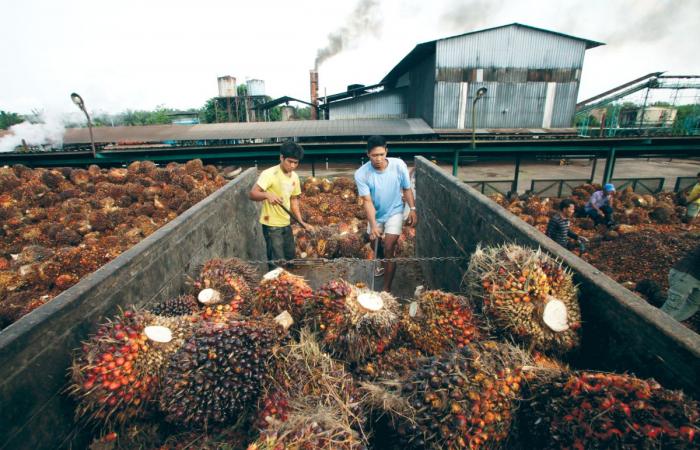 Thank you for reading the news about Indonesia, Malaysia hold talks to counter palm oil bias and now with the details

Munawar Faruqui had been languishing in prison for more than a month after being arrested on Jan. 1 at a cafe in the central Indian city of Indore, Madhya Pradesh, following a complaint about his act from Hindu organization Hind Rakshak.

The group reported the 32-year-old funnyman and his team for insulting Hindu deities with their comedy, resulting in Faruqui and five others being detained.

Just days later, Indore’s Superintendent of Police, Vijay Khatri, told a news website that Faruqui had not actually delivered the gags “but he was going to.”

His bail application was rejected twice by a lower court, with the Madhya Pradesh High Court also denying him bail on Jan. 25.

On Friday, however, the comedian’s lawyer, Gaurav Kirpal, told the Supreme Court that proper procedures had not been followed and said Faruqui “was being harassed.” The apex court granted him interim bail and issued a notice to the state government.

“This is a big relief for Munawar who suffered for no crime for over a month,” said Zaid Pathan, an Indore-based social activist who had been following the case on behalf of the comic’s family.

“The only crime Munawar committed was that he was Muslim. The day he was arrested, the show did not take place at all, and there was no event because of the disruption of the program.”

Hind Rakshak said that its move had been justified on the basis that it could “do anything to save the nation’s prestige and the Hindu religion.”

Akulavya Singh Gaur, the group’s convenor who filed the complaint to police, told Arab News: “Why does Faruqui crack jokes against the Hindu religion? Why doesn’t he talk about his own religion?”

Gaur is the son of a local BJP legislator and runs a campaign to “protect and spread Hindu religion.”

He said: “I have issues with all comedians making jokes against the nation and the religion. This has to stop.”

In recent years, Indian comics have come under increasing pressure over their stand-up material with several complaining that the atmosphere in the country had forced them to censor their creativity.

Rehman Khan, a Mumbai-based stand-up comedian, told Arab News: “Truth finally prevails, and it has prevailed today. Whatever mental trauma Munawar and others have gone through, there is hope that there are people in the judiciary who are good and keep the trust of the people intact.”

Khan, 41, has a big fan base for his TV shows such as the “Comedy Circus” and the “Great India Comedy Challenge.”

He said: “Munawar’s arrest shook me. I do political comedy and have strong opinions. Though I use sarcasm in my comedy, there is always that feeling of repercussions for performing comedy ... will it become dangerous in the future?”

Khan pointed out that some comedians were considering hiring lawyers to check their material before they took to the stage.

“This is the stark truth today. As a Muslim comic, I have to be extra cautious. If I had a Hindu surname, there would have been less scrutiny. The atmosphere has become poisonous,” he added.

These were the details of the news Indonesia, Malaysia hold talks to counter palm oil bias for this day. We hope that we have succeeded by giving you the full details and information. To follow all our news, you can subscribe to the alerts system or to one of our different systems to provide you with all that is new.