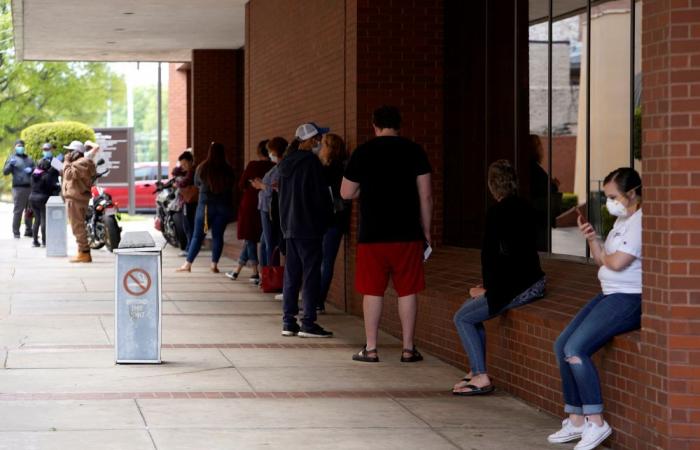 WASHINGTON, Feb 6 ― US employment growth rebounded moderately in January and job losses in the prior month were deeper than initially thought, strengthening the case for a sizable relief package from the government to aid the recovery from the Covid-19 pandemic.

The Labour Department's closely watched employment report yesterday showed job losses in manufacturing and construction, two sectors which have been propping up the economy. There were further job losses at restaurants and bars. Retailers and employers in the transportation industry also laid off workers.

Millions of Americans are experiencing long spells of unemployment and permanent job losses, while others have given up searching for work. President Joe Biden yesterday cited the weak report to push the US Congress to pass a US$1.9 trillion (RM7.7 trillion) recovery plan amid resistance from Republicans, now worried about the ballooning national debt.

“It's very clear that our economy is still in trouble,” Biden said in an address to the nation. “I see enormous pain in this country. I am going to act fast.”

Biden's fellow Democrats in Congress approved a Budget outline that will allow them to muscle the stimulus through in the coming weeks without Republican support.

Nonfarm payrolls increased by 49,000 jobs last month. Data for December was revised to show 227,000 jobs lost instead of 140,000 as previously reported. Employment is 9.9 million jobs below its peak in February 2020.

The economy also created 250,000 fewer jobs in the 12 months through March 2020 than previously estimated. The Congressional Budget Office has estimated employment would not return to its pre-pandemic level before 2024. Economists polled by Reuters had forecast payrolls rising by 50,000 jobs in January.

“The weakness portrayed in today's labour report opens the door for the Biden administration to push forward with a higher spending package and provide relief for many Americans and businesses that continue to struggle with the pandemic,” said Charlie Ripley, senior investment strategist at Allianz Investment Management.

December's drop in payrolls was the first in eight months and came amid renewed restrictions on businesses like restaurants and bars to slow a resurgence in coronavirus infections. Though those curbs on businesses continued into the first half of January, there is reason for cautious optimism as some employment measures have been stabilising since the second half of January as authorities began easing restrictions.

The government surveyed businesses for January's employment report in the middle of the month. It noted the response rate to the survey was “slightly below average.”

Nearly US$900 billion in additional relief money provided by the government at the end of December and the acceleration in the distribution of vaccines for the virus could lift hiring in the months ahead. In addition, the pace of Covid-19 infections appears to have peaked in early January.

“We are hopeful that January will mark the low point for 2021 job creation,” said James Knightley, chief international economist at ING in New York. “Much stronger jobs figures are likely from the second quarter onwards.”

Stocks on Wall Street rose. The dollar fell against a basket of currencies. US Treasury prices were lower.

Retailers shed 38,000 jobs and healthcare employment declined by 30,000. The transportation and warehousing industry lost 28,000 jobs. There were 61,000 job losses in the leisure and hospitality sector. But employment in professional and business services increased by 97,000, with temporary hiring accounting for nearly all the gains.

Though the unemployment rate dropped to 6.3 per cent in January from 6.7 per cent in December, that was because many people stopped looking for work. The jobless rate was also pulled down by people misclassifying themselves as being “employed but absent from work.” Without this misclassification, it would have been 6.9 per cent.

Just over 4 million Americans have been unemployed for more than six weeks, accounting for 39.5 per cent of the jobless in January. The ranks of those who have permanently lost their jobs increased to 3.5 million from 3.4 million in December. These people could struggle to find work or get higher pay the longer they remain unemployed.

The labor force participation rate, or the proportion of working-age Americans who have a job or are looking for one, dipped to 61.4 per cent from 61.5 per cent in December. The participation rate has declined significantly during the pandemic, with women accounting for the biggest share of dropouts.

That has been attributed to difficulties securing childcare as many schools remain closed for in-person learning.

“There is still an enormous amount of work to do to get back to maximum employment,” said Chris Low, chief economist at FHN Financial in New York.

The report also underscored the so-called K-shaped recovery, where better-paid workers are doing well while lower-paid workers are losing out. The continued decimation of lower-paying jobs boosted annual wage growth to 5.4 per cent from 5.1 per cent in December. The average workweek increased to 35 hours from 34.7 hours.

“Businesses and the administration will need to work together to implement policies and programmes which close this diverging gap and ensure displaced Americans can return to the workforce,” said Karen Fichuk, Randstad North America chief executive officer. ― Reuters

These were the details of the news Stalling US labour market bolsters Biden's drive for big stimulus package for this day. We hope that we have succeeded by giving you the full details and information. To follow all our news, you can subscribe to the alerts system or to one of our different systems to provide you with all that is new.