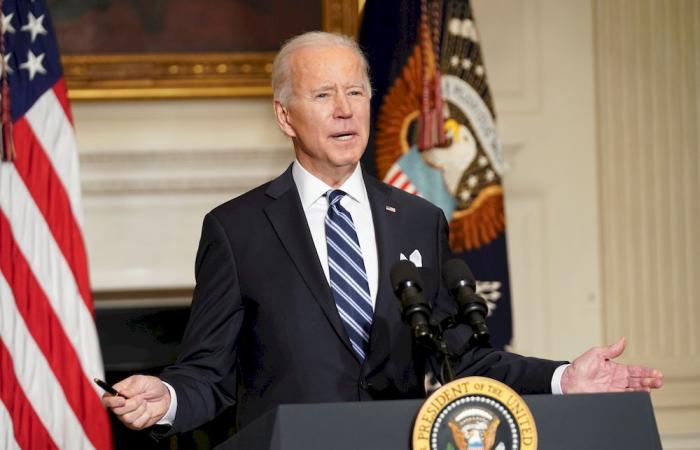 Hello and welcome to the details of Europe, US race to salvage Iran nuclear deal and now with the details

PARIS, Feb 5 — US President Joe Biden has raised European hopes that a deal to rein in Iran’s nuclear drive can be rescued, but a narrow window of opportunity might soon slam shut.

The West is concerned that violations of the accord mean Iran is moving faster towards having the “breakout” capacity for building an atomic bomb, while upcoming Iranian presidential elections add a major risk factor.

French President Emmanuel Macron on Thursday expressed alarm that Iran was now “much closer to the nuclear bomb” than when the deal was signed in Vienna in 2015.

Donald Trump pulled Washington out of the nuclear deal in 2018, but Biden has made clear he is prepared to return to the deal — if Iran shows it is complying fully with the accord.

“This is a challenge that cannot wait,” State Department spokesman Ned Price said this week. “We know that we have to act with some urgency.”

The Joint Comprehensive Plan of Action (JCPOA) was based on Iran providing safeguards that it would not make an atomic bomb, in exchange for a gradual easing of international sanctions.

But the return of sanctions after Trump left the deal prompted Tehran to retaliate by intensifying its nuclear work.

Biden’s new pointman on Iran, Rob Malley, must now undo a tricky diplomatic knot, with Washington insisting Tehran must show full compliance before it returns to the deal but Iran wanting the opposite, with sanctions lifted first.

The stakes are also high for Tehran, since Trump’s “maximum pressure” policy intensified an economic crisis that has fed into occasional but unusual outbursts of protests.

By increasing violations of the accord, “the Iranians are accelerating the tempo for negotiations to resume and the grip of sanctions to be loosened because their economy has been haemorrhaging,” said Benjamin Hautecouverture, an expert at the Foundation for Strategic Research (FRS) at Paris.

He noted that the violations mean Iran is also acquiring irreversible technological know-how that further worries the West.

“This cannot be uninvented or unlearned,” Hautecouverture said.

A further potential point of contention could come over human rights, with Tehran still holding several Western nationals in prison and concerns growing about a spate of high-profile executions.

There will also be pressure, especially in the US Congress, for the deal to go beyond to nuclear programme to encompass Tehran’s ballistic missile programme and interference in other countries.

Meanwhile President Hassan Rouhani, who has championed the nuclear deal, will step down after June elections having served the maximum of two consecutive terms.

In absence of a more moderate alternative, a more hardline figure is expected to replace him, which could further poison the atmosphere even if the final word will come from Iran’s supreme leader, Ayatollah Ali Khamenei.

If the hardliners win and Iran further intensifies its nuclear work, the “window will close”, said a European source familiar with the matter, who asked not to be identified by name.

In the short term, it is a question of “raising the stakes in order to engage from the best possible position in the negotiations”, added a French government source.

Iran has also threatened to expel UN atomic agency inspectors unless US sanctions are lifted by February 21, a move that would ratchet tensions to new heights.

“We would then be in a form of an accelerated fait accompli. We must stop this before it becomes too serious,” the European source said.

The International Crisis Group (ICG), a think-tank formerly headed by Malley, said Washington should embark on “confidence-building measures” by starting a process of “fully reversing Trump-era sanctions while Iran brings its nuclear program back into full compliance.”

“The situation is not hopeless,” it said.

Luigi Scazzieri, a research fellow at the Centre for European Reform, said Europe and the US might be able to secure only a “partial reversal” of the recent Iranian expansion of its nuclear programme.

“While there are substantial obstacles in the way of reviving the JCPOA, returning to the deal should be possible as long as both the US and Iran accept that they cannot seek additional concessions now,” he said. — AFP

These were the details of the news Europe, US race to salvage Iran nuclear deal for this day. We hope that we have succeeded by giving you the full details and information. To follow all our news, you can subscribe to the alerts system or to one of our different systems to provide you with all that is new.