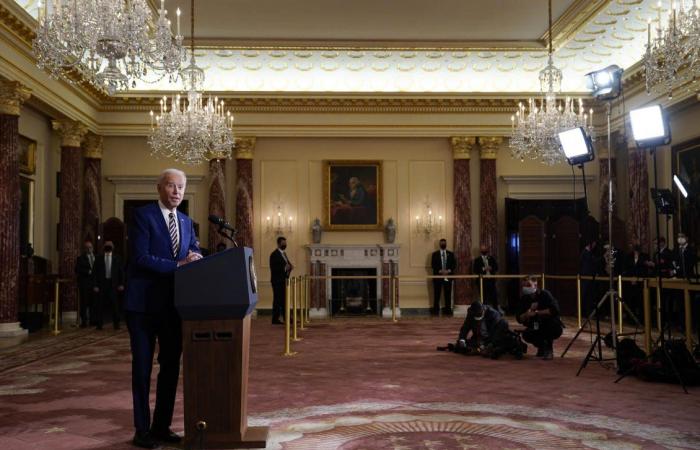 Jeddah - Yasmine El Tohamy - DUBAI: Yemen’s warring factions declared their readiness to act after US President Joe Biden called for renewed efforts to end their conflict, but experts said Friday that a real solution appears out of reach.
The grinding six-year war in Yemen has killed tens of thousands and displaced millions, triggering what the United Nations calls the world’s worst humanitarian disaster.
In his first major foreign policy speech since replacing Donald Trump last month, Biden appointed an envoy to push for peace and said the US would end all support for Saudi Arabia’s war in Yemen.
“This war has to end,” Biden said.
“To underscore our commitment, we are ending all American support for offensive operations in the war in Yemen, including relevant arm sales.”
Yemen’s internationally recognized government, which is backed by a Saudi-led military coalition, welcomed his remarks and stressed the “importance of supporting diplomatic efforts to resolve the crisis.”
It hailed Timothy Lenderking’s appointment as US envoy, describing it as “another important step” taken by the US to “end the war caused by the Iran-backed Houthis.”
The Houthi militia, who control much of the country, including the capital Sanaa, said they supported the approach of the new US administration.
“The real proof to achieve peace in Yemen is an end to the aggression and a lifting of the blockade,” Houthi spokesman Mohamed Abdel Salam in a tweet.
“Yemen’s missiles are for the defense of Yemen and stopping them comes when an end to the aggression and a lifting of the blockade are totally achieved,” he added.
Saudi Arabia reacted by reasserting its commitment to a political solution in Yemen.
The kingdom also welcomed Biden’s “commitment to cooperate with the kingdom to defend its sovereignty and counter threats against it,” according to the official Saudi Press Agency.
Trump – who argued arms sales were creating US defense jobs – viewed the war as a way to hit back at Iran, America’s sworn enemy.
US Secretary of State Antony Blinken also said he would revisit Trump’s last-minute designation of the Houthis as a terrorist group.
Adel Al-Jubeir, the Saudi minister of state for foreign affairs, said Biden’s speech was “historic.”
“We look forward to working with our friends in the US to end conflicts and confront challenges, as we have for over seven decades,” he tweeted.

These were the details of the news Yemeni warring factions welcome Biden peace push for this day. We hope that we have succeeded by giving you the full details and information. To follow all our news, you can subscribe to the alerts system or to one of our different systems to provide you with all that is new.