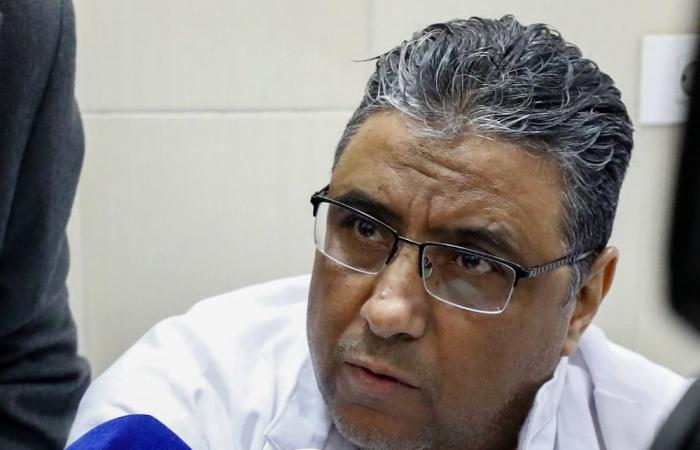 Hello and welcome to the details of Egypt frees Jazeera journalist after four years jail, says security source and now with the details

Hussein, an Egyptian national held under preventive detention since December 2016, was released from jail last night, the source said, without giving further details.

Al Jazeera — which has run a daily campaign for his liberation — did not immediately confirm his release but had repeatedly said he was being held without formal charges, a trial or conviction.

Gamal Eid, head of the Arab Network for Human Rights Information, confirmed to AFP that a decision was taken by authorities to release Hussein, adding however “he has still not returned home”.

The Egyptian Observatory for Journalism and Media, a non-governmental organisation, said on its Facebook page that a Cairo criminal court had decided on Monday to free Hussein.

There had been repeated calls for his release, including from human rights watchdog Amnesty International, after a Cairo prosecutor in May 2019 ordered he be freed from jail.

But a week later Egypt’s Supreme State Security Prosecution (SSSP) slapped him with another set of charges and re-ordered his detention.

Hussein’s reported release from jail comes weeks after Egypt said it had agreed to restore ties with Qatar, shortly after the end of a three-year Saudi-led freeze on relations with Doha.

Gulf powerhouse Saudi Arabia, along with the United Arab Emirates, Bahrain and Egypt, cut ties and transport links with Qatar in June 2017, alleging it backed radical Islamist groups and was too close to Riyadh’s rival Iran — claims Doha denied.

Al Jazeera was caught up in a political rift between Cairo and Doha following the 2013 military ouster of Egypt’s Islamist president Mohamed Mursi, who was backed by Qatar.

Cairo considered Al Jazeera a mouthpiece for Mursi’s outlawed Muslim Brotherhood group, and access to its website has been blocked in Egypt since 2017.

The three journalists, who faced accusations similar to those levelled against Hussein, were freed in 2015.

Australian journalist Peter Greste was deported and the two others were released after receiving pardons from President Abdel Fattah al-Sisi.

Under his rule, authorities have jailed thousands of Mursi’s Islamist supporters as well as liberal and secular activists, including popular bloggers, actors, singers and journalists. — AFP

These were the details of the news Egypt frees Jazeera journalist after four years jail, says security source for this day. We hope that we have succeeded by giving you the full details and information. To follow all our news, you can subscribe to the alerts system or to one of our different systems to provide you with all that is new.