Trump rejects call to testify at his impeachment trial 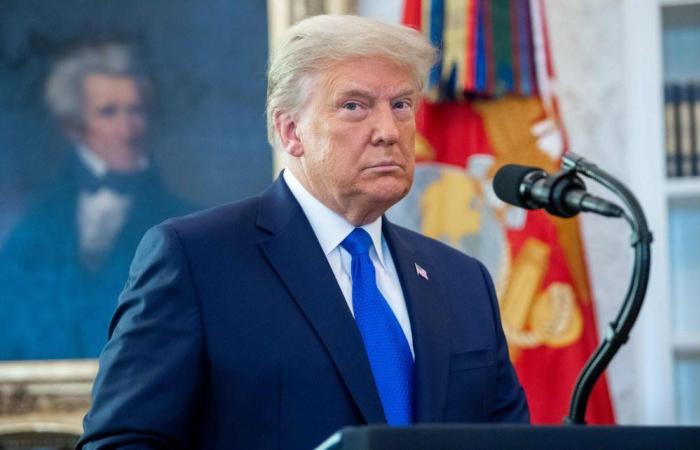 Jeddah - Yasmine El Tohamy - KABUL: It began with regular beating sessions in which Breshkai’s family would use violent tactics to convince her to marry a boy of their choice.

When that did not work, they barred her from leaving home as a punishment.

This was last year when Breshkai, then 18 years of age, became one of thousands of Afghan women subjected to domestic abuse and unable to seek recourse on account of zero access to government offices, which were shut down due to the coronavirus disease (COVID-19) pandemic.

With nowhere to go and no one to help her, Breshkai decided she would commit suicide.

But one phone call to a hotline changed everything.

The hotline number, which Breshkai had heard repeated on loop on the radio the previous day, is part of the latest initiative launched by the Ministry of Women’s Affairs (MOWA) in Afghanistan’s capital city of Kabul. It is designed specifically for victims of family violence who were unable to seek help because of the pandemic.

“She informed us about what she had gone through and of her plan to commit suicide,” MOWA Spokeswoman Roya Dadras, who was involved in Breshkai’s rescue, told Arab News.

“Ministry officials immediately contacted the police, who rushed to her house to alert the family and stop her from committing suicide. It prompted the parents to change their plan and allow her to choose her life partner,” she added.

To protect the privacy of the victim and her family, as per MOWA’s code of conduct, Arab News has used the name Breshkai as an alias instead of the woman’s real identity.

MOWA’s initiative snowballed into another by the Afghan Women’s Network (AWN), which launched the Talk for Harmony (TFH) campaign to address issues of domestic violence, particularly during the pandemic, which had “contributed to a spike in violence against women.”

“A majority of women and men are confined at home, and access to GBV support services was restricted during the pandemic, making matters worse,” she added.

The objective of the TFH project, which is limited to Kabul for now, is to shift community-level perceptions of GBV and “address factors that normalize the practice,” Farah said.

The campaign relies on local and social media and its website to advertise helpline numbers for victims and perpetrators of violence to seek free assistance. All callers’ identities and contact details are kept confidential.

The campaign offers hope to women like Breshkai who are among tens of thousands in Afghanistan bearing the brunt of decades of war, insurgency, archaic traditions and a dilapidated economy.

According to AWN data, approximately “87 percent of Afghan women have experienced at least one form of intimate partner violence.”

Dadras said the issue became far worse during the 10 months of lockdown, which began last year at the outbreak of the virus.

“Unfortunately, cases of violence against women and girls have gone up in the family since the virus broke out,” she said.

While MOWA received 7,191 cases of domestic abuse — out of which 4,138 were referred to courts — Afghanistan’s Independent Human Rights Commission (AIHRC) recorded 3,477 incidents of violence during the same period.

The AIHRC, for its part, said most cases of violence against women were carried out at home by family members.

“Out of all 3,477 cases of violence against women recorded at the AIHRC, 95.8 percent of them occurred at home, making it the most dangerous place for women in Afghanistan,” excerpts from the AIHRC website read.

The rest took place on the streets, at work, in hospitals, schools or universities, and detention centers or prisons.

But that is not the only concern, with Dadras saying MOWA had registered 136 cases of women being murdered in the name of honor (so-called “honor killings”) or because of their refusal to get married during the pandemic.

If they escape and ask for help from the police, they risk being returned home or imprisoned. Afghan women who run away from home or refuse to get married are commonly accused of “moral crimes,” a vague concept that does not exist in formal law.

“It is shocking that women and girls are still being arrested, prosecuted and jailed in Afghanistan for these so-called ‘moral crimes’,” Heather Barr, co-director for Human Rights Watch (HRW), told Arab News.

She added that HRW had examined this issue in 2012. At that time, about 50 percent of women in prison and as many as 95 percent of girls in juvenile rehabilitation centers had been arrested on these charges.

“It was particularly shocking that some of the women and girls we interviewed appeared to be survivors of rape who had been accused of zina (adultery) and treated as criminals rather than victims…They had all also been subjected to abusive and scientifically meaningless so-called ‘virginity exams’,” she said.

As a solution, the HRW official called for the Afghan government to decriminalize all sex between consenting adults, ban virginity exams and release everyone imprisoned on “moral crime” charges.

The AIHRC said that the most prevalent causes of violence against women were customs and traditions, such as forcibly marrying a woman to settle a tribal dispute and child marriage; a lack of accountability for the crimes; and the government’s inaction in provinces.

While the law pushes for imprisonment and fining violators, an ongoing culture of impunity, corruption, abuse of official authority and interference of influential persons in the cases often result in criminals escaping without retribution.

These were the details of the news Trump rejects call to testify at his impeachment trial for this day. We hope that we have succeeded by giving you the full details and information. To follow all our news, you can subscribe to the alerts system or to one of our different systems to provide you with all that is new.