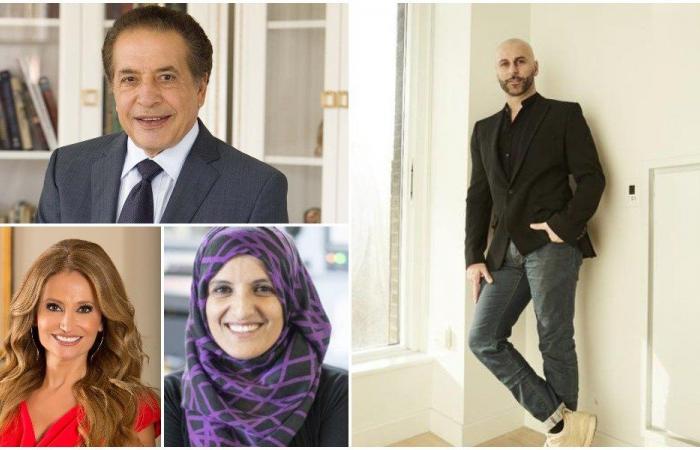 Jeddah - Yasmine El Tohamy - CHICAGO: The struggles of being an immigrant has helped many successful Arab-American entrepreneurs, a panel of business leaders said on Wednesday during an online panel discussion hosted by the Arab America Foundation.

Participants included business leaders who have appeared on many popular American TV programs including “Shark Tank”, “The Apprentice”, “The Kardashians”, and “Operation Runway.”

All said their success was in part a by-product of the work ethic that their immigrant parents brought to the US, as well their own “passionate drive” to pursue their dreams.

“My parents paved the way for me … even though poverty was common there in Yemen … they came to this country in the 1960s with only a determination to succeed,” said Aneesa Muthana, CEO of Pioneer Service Inc, a women-owned and operated small Chicagoland business providing precision-machined parts since 1990.

“My parents worked very hard. Saved their money. They opened up a manufacturing facility … I learned how to run a company from inside and out.”

Muthana manufactures parts for aerospace industry companies including Tesla, and for ventilators and oxygen equipment, some of which have helped the medical industry cope with the coronavirus pandemic.

“What is our cash-in? My father opened the door for me, but if it wasn’t my passion, I wouldn’t have done well in it. It is easy for us to become successful in this country. This is the land of opportunity.”

Farouk Shami, the founder of billion-dollar business Farouk Systems in Houston, Texas, and a frequent guest on former President Donald Trump’s reality TV show “The Apprentice,” came to the US in 1965 and entered a business that his father opposed and criticized.

“I went into a beauty school and my dad was very upset with it and said he would disown me … it was not a business for a man, my father said,” Shami recalled from his company’s Houston office headquarters.

“I specialized in hair color when hair color was not in fashion. I told my father I would be the best hairdresser in the world.”

Shami said his personal experience pushed him to success: “I was allergic to hair color and my doctor said I should quit, but I experimented and developed hair coloring that was organic.”

Today, Shami has 46 hair patents and his company operates in 150 countries around the world with sales of more than $1 billion.

Rami Kashou, the CEO Rami Kashou Brand, was born in Jerusalem, Palestine before growing up in Ramallah where he learned about fashion and clothing from his mother.

Kashou appeared on the hit TV show “Operation Runway” competing with designers from around the world.

“It starts with my parents, a father who was a self-made businessman who has worn many different hats and who taught me to jump with courage and take risks,” Kashou said.

“And I had a wonderful mother who supported me from a young age, who handed me fabrics through my parents’ travels. I was able to join her with the local seamstress to design her friends’ looks.”

Kashou said that he was inspired to succeed because of the environment of his childhood, in Ramallah under Israel’s military occupation.

“Coming from an atmosphere of apartheid and occupation, and plenty of hours of quarantine under military force, I think that is where at times dreams are born, from the darkest corners of life,” Kashou said.

“The dreams to become a designer came from the lack of childhood space, growing up among jeeps, soldiers, intimidation, violence and occupation. I think the subconscious choice of creativity and design kind of happened as a way of coping with a difficult reality which I lived and endured.”

Kashou studied design in the US and launched his fashion business producing evening wear.

Manal Saab, CEO of Sorensen Gross Construction Services based in Flint, Michigan, provides staffing services to a wide range of industries dominated by men, including automotive manufacturing and construction.

“As a woman in business, the bar has to be set much higher because unfortunately we live in a world where people see a woman, an immigrant, and someone with an accent and they ask, what can she bring to the table?” Saab explained.

“In everything I do I try to build bridges with others who are similar to me.”

Muthana said that being a woman in a male-driven business can be challenging, adding: “When I walk into a room in this industry, I am the only woman. I am the only brown person. And I am definitely the only hijabee.”

She said she succeeds by defining her own core values and aligning herself with those who share them.

Samy Kobrosly, who co-founded Snacklins, is the son of Tunisian immigrants who settled in Iowa in the 1980s.

A former radio personality and chef, Samy Kobrosly was obsessed with the idea of a meat-free pork rind after joking with a friend about his inability to partake in the classic snack given his Muslim upbringing.

After rounds of experimentation, he landed on a simple recipe of yuca, mushrooms, and onions to create a crunchy, airy, 100 percent vegan and plant-based crisp that resembled a pork rind.

“I am a fan of irony, a person who is a Muslim who made a vegan pork rind … that kind of joke only went so far. Everyone laughs at that, but moving forward, my next job was offering the opportunity to people I saw who did not have that opportunity,” Kobrosly said.

Kobrosly took his product to an episode of “Shark Tank” and won a $250,000 investment from billionaire Mark Cuban to create the 80-calorie, gluten-free, vegan pork-rind puffed chip from simple ingredients.

Saab closed the event: “In order for you to truly succeed, you have to be very passionate about what you are doing. If you love what you do, you never work a day in your life.”

These were the details of the news Arab-American entrepreneurs share the secrets of their success  for this day. We hope that we have succeeded by giving you the full details and information. To follow all our news, you can subscribe to the alerts system or to one of our different systems to provide you with all that is new.