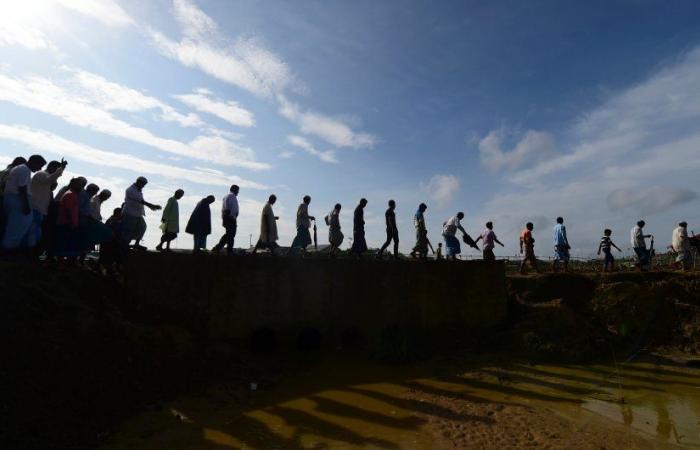 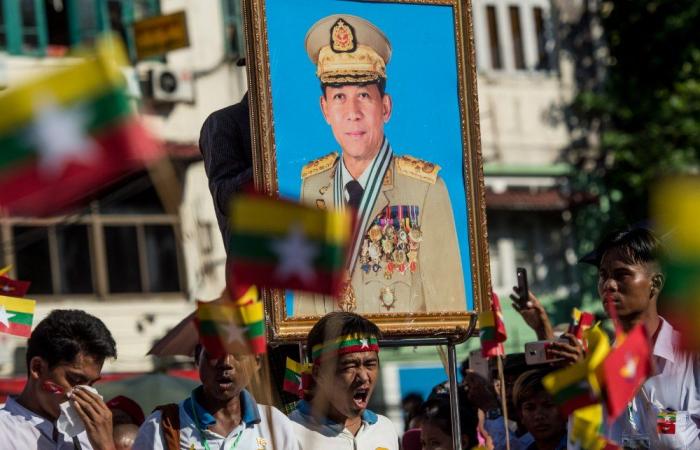 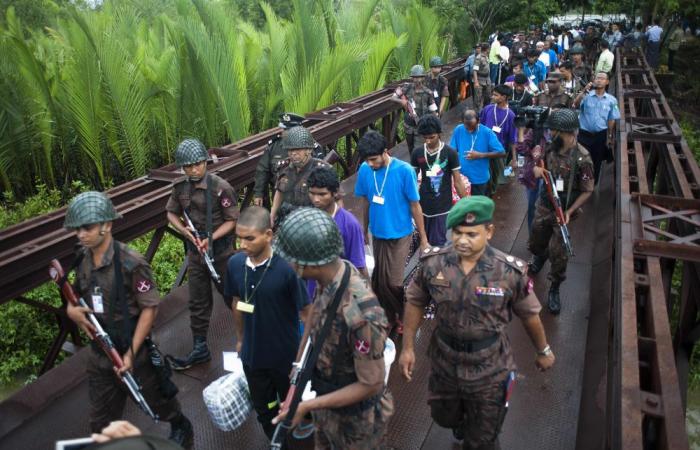 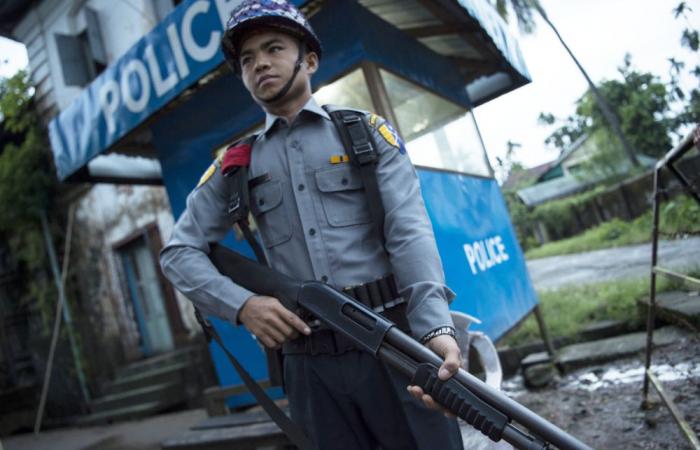 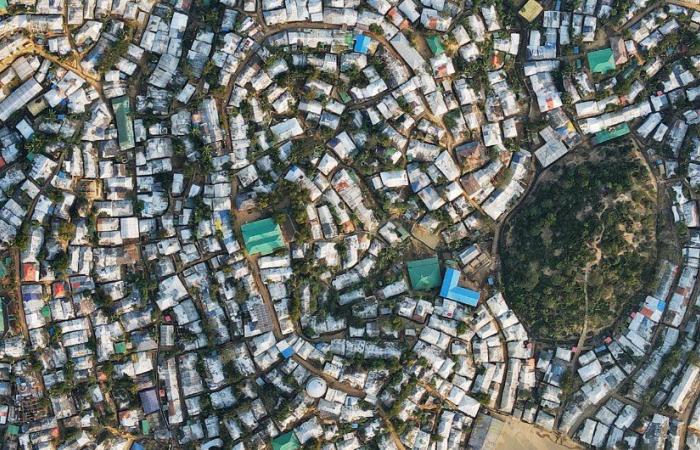 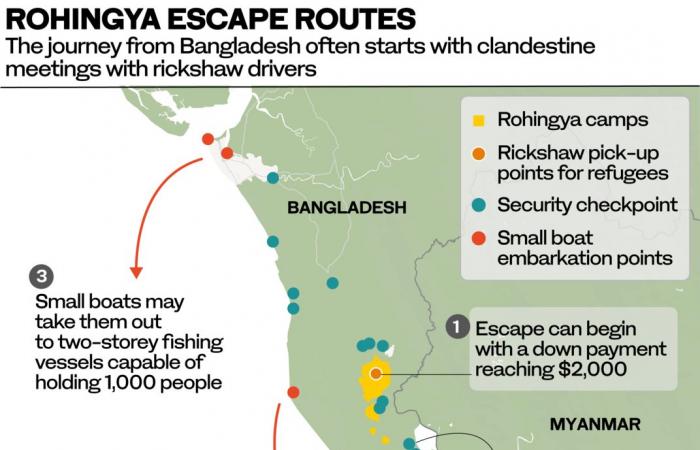 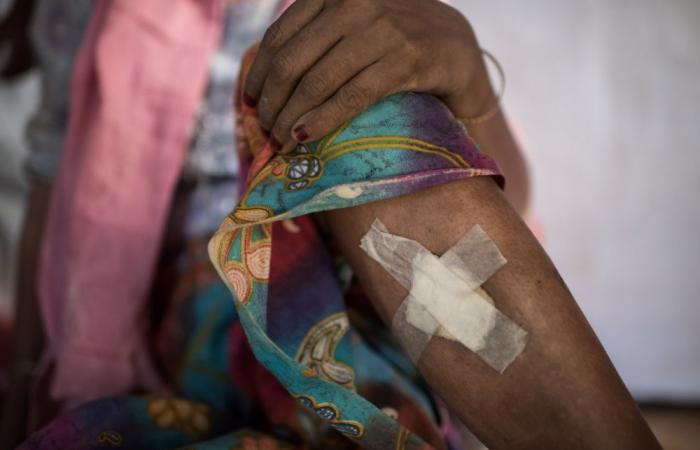 Thank you for reading the news about Myanmar coup changes little for persecuted Rohingyas: expert and now with the details

Jeddah - Yasmine El Tohamy - LONDON: Four years have passed since Myanmar’s military crackdown drove more than 742,000 mostly women and children of the Rohingya minority over the border into Bangladesh — a mass displacement which UN investigators say amounts to genocide. Now, in the wake of the Feb. 1 coup, the Rohingya are again left wondering what lies in store for them.

Myanmar's military, known as Tatmadaw, seized power in a bloodless coup on Monday, detaining Aung San Suu Kyi, the State Secretary; President Win Myint; and several other senior cabinet ministers just hours before parliament was due to reconvene for the first time since elections on Nov. 8.

Dr. Azeem Ibrahim, a director at the Center for Global Policy and author of the 2017 book “The Rohingyas: Inside Myanmar’s Genocide,” believes the coup has changed very little for the persecuted Rohingya minority — in large part because Myanmar had only the “veneer” of democracy in the first place.

“The reality is that not much has actually changed,” Ibrahim told a webinar hosted by the Arab News Research and Studies Unit on Wednesday. “Despite the fact that we had elections in Myanmar on two occasions, many would argue that it wasn't actually a real democracy by any stretch of the imagination.”

For instance, a democracy would not automatically allocate 25 percent of parliamentary seats to the military or allow the four main ministries of state — foreign affairs, defense, the interior and border control — to remain in the hands of the military. Nor would a true democracy be involved in “genocidal activity” or deny entire swathes of the population the right to vote, he said.

More than a million Rohingya, a stateless Muslim minority in Myanmar, have fled violence in the Buddhist-majority country in successive waves since the early 1990s.

The latest crackdown, which began on Aug. 25, 2017, in response to attacks on police posts and an army base by Rohingya militants, saw government soldiers and local militias rampage through Rakhine state, torching villages, committing murder and mass rape as they went.

At the peak of the crisis, thousands of Rohingya were crossing the border into Bangladesh on a daily basis, most of them walking for days through jungles and mountains or braving dangerous sea voyages across the Bay of Bengal. Some 600,000 remain in Rakhine state, including around 120,000 who are confined to camps.

The vast majority who reached Bangladesh were women and children — more than 40 percent of them under the age of 12, according to the UN’s refugee agency. Many have ended up in sprawling refugee camps in Kutupalong and Nayapara in the Bangladesh district of Cox’s Bazar.

The Kutupalong refugee settlement now hosts more than 600,000 people in an area of just 13 square kilometers.

Burdened with the responsibility of hosting this huge influx, Bangladesh is eager to send the Rohingya back to Myanmar. However, the majority refuse to leave, fearing further violence and persecution in a country that denies them citizenship.

Ibrahim says the chances of Rohingya refugees returning any time soon are low.

“It has always been the case that when the military’s popularity declines, it increases campaigns against these minority groups. So, the immediate term for the Rohingya doesn't look good and the probability of the repatriation of the Rohingya, which was already next to zero, has diminished significantly further,” he said.

“The Myanmar military has spent over half a century trying to get rid of them. They finally did so in 2017. The probability of military backtracking on any of this is very slim.”

In large part this is due to the military’s deliberate effort to quickly change the facts on the ground, making it very difficult to reverse the process of ethnic cleansing.

“The reality is the Rohingya have actually got nowhere to return back to,” said Ibrahim. “When they were driven over the border into Bangladesh, the Myanmar military very swiftly mined the border to make sure none of them could come back.

“They also burned down their villages, bulldozed their land, and the land has already been redistributed to local Buddhists. The facts on the ground have changed.”

One concern among human-rights observers now is whether the coup will impact the pending genocide case against Myanmar at the International Court of Justice (ICJ), the principal judicial organ of the UN seated in The Hague. 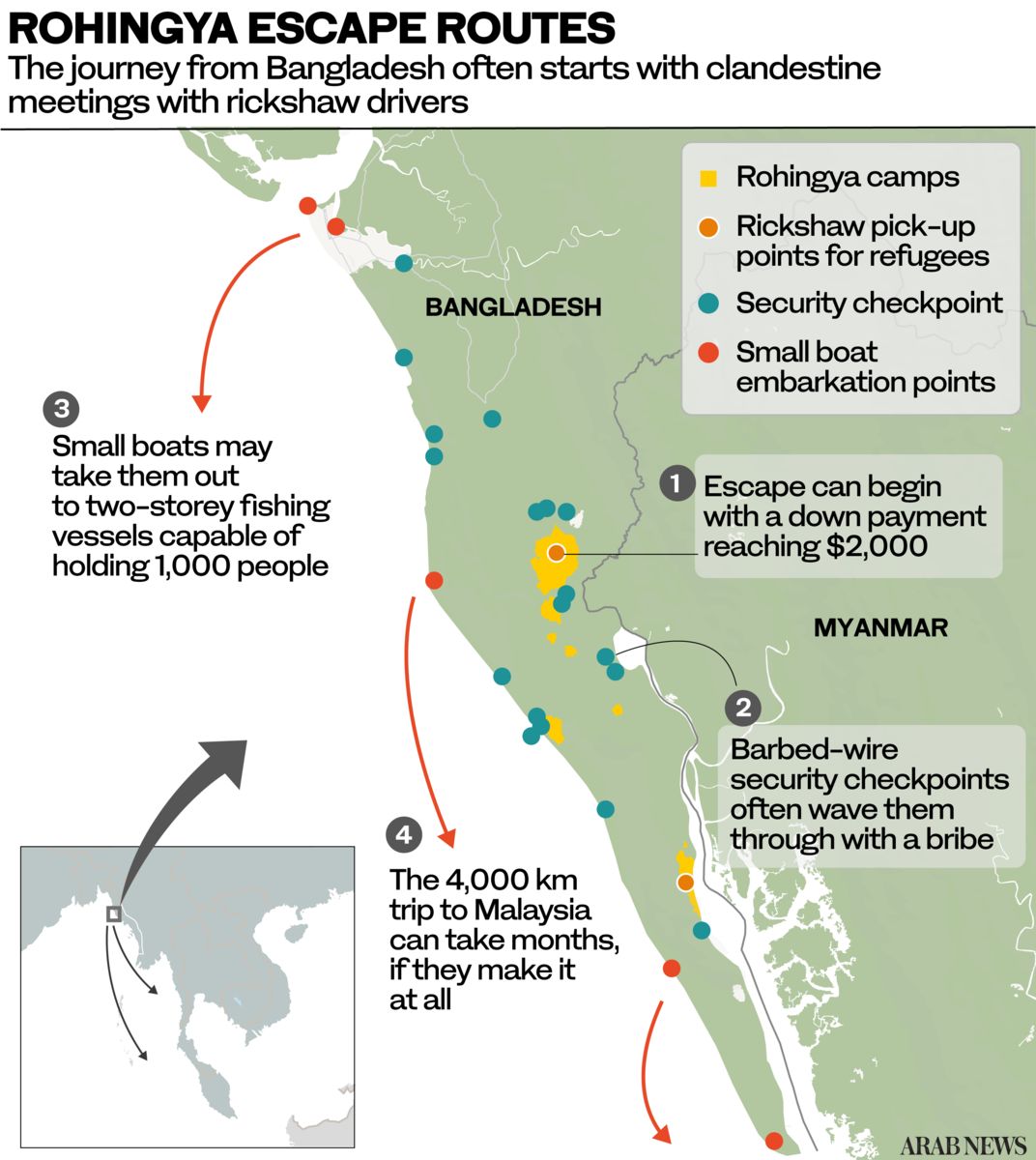 “I think this is highly unlikely, because the case was not against a civilian government or a military — the case is actually against the state of Myanmar, and the state still remains completely intact,” said Ibrahim.

In his view, the case may have been strengthened in fact. When Aung San Suu Kyi addressed The Hague in 2019 to deny the charge of genocide, she argued there were sufficient mechanisms within the democratic state to hold any individual perpetrators to account.

Now that the military has seized power, “all the democratic institutions have been diluted,” Ibrahim said, thereby strengthening the ICJ’s remit to investigate.

The coup has drawn widespread condemnation from the international community, with Joe Biden’s new US administration already weighing the possibility of reimposing sanctions on Myanmar and the generals involved.

However, Ibrahim believes the West’s options for pressuring the military are “extremely limited” and that any sanctions leveled against the generals will solely press for the release of Aung San Suu Kyi and the restoration of democracy — with much less emphasis on human rights and minority groups.

Ibrahim predicts that such sanctions will, in all likelihood, be ineffective given China’s diplomatic and financial support for Myanmar.

“China is playing a much bigger role in Myanmar. They are the biggest investors in infrastructure and development and financing in the country,” he said, implying that the Tatmadaw believes it can weather any anticipated US sanctions.

“The military learned that despite the fact they were involved in full-scale genocide against the Rohingya minority, China used its veto power at the Security Council to protect it, and that protection will still continue.”

Biden and others in the West will also wish to avoid being pulled into a conflict in Myanmar, especially if that risks confrontation with China.

“You have these very large geopolitical machinations going on between superpowers, nuclear powers. Minority groups like the Rohingya simply don’t fit into that equation.”

With limited means to lobby on their own behalf, the Rohingya find themselves in a very precarious situation and will need others to speak on their behalf. Even if its options are limited, Ibrahim says the international community must stand by the Rohingya.

“One thing that the West must do,” he said, “is try to ensure that there are red lines drawn against the persecution of minorities.”

These were the details of the news Myanmar coup changes little for persecuted Rohingyas: expert for this day. We hope that we have succeeded by giving you the full details and information. To follow all our news, you can subscribe to the alerts system or to one of our different systems to provide you with all that is new.