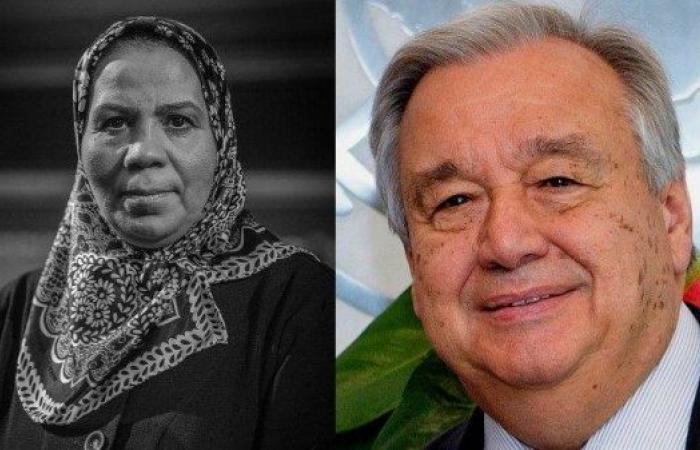 Hosted via a virtual ceremony, the inaugural annual award ceremony will be held on Thursday.

Born out of the signing of the Document on Human Fraternity (DHF), in Abu Dhabi, in 2019, and aligned to the humanitarian values shared by the UAE’s founder, the late Sheikh Zayed, this global award recognizes individuals who are committed to fostering conditions for peaceful co-existence.

In recognition of that historic meeting, the honorary recipients of the first Zayed Award for Human Fraternity were the co-signees of the document: The Grand Imam of Al-Azhar Al-Sharif, Dr. Ahmed el-Tayeb, and the head of the Catholic Church, Pope Francis.

As secretary-general of the UN, since 2017, António Guterres has embarked on a dedicated mandate to address issues relating to world peace and security.

2021 honoree, Latifa Ibn Ziaten, is a mother and Moroccan-French activist, dedicated to raising awareness against escalating religious extremism, following her own personal tragedy of losing her son, Imad, to a terrorist attack, in 2012. Since then, Latifa has become a well-known civil society activist, in France and beyond; working with families and communities to prevent youth radicalization and spreading the message of peace, dialogue, and mutual respect.

Ahead of receiving his award on Thursday, Guterres, said, "It is with humility and deep gratitude that I feel honored to receive the Zayed Award for Human Fraternity. I see it also as recognition of the work the United Nations is doing every day, everywhere, to promote peace and human dignity.

"We live in challenging times. We see the threats coming from the pandemic, from the climate, threats from war and conflict in different parts of the world. Therefore, it is fantastic to see the enormous leadership of the pope and the grand imam of Al-Azhar, pushing humankind to come together, in unity, in dialogue, to promote peace, to promote fraternity, and to promote the unity that is necessary to address all the challenges to defeat hate and ensure that human solidarity wins the battles we are facing."

In accepting her award, Latifa said, "It is a great honor, and indeed humbling, to have been recognized by the Zayed Award for Human Fraternity for the work I and many others do, each day, in addressing extremism through dialogue, mutual respect, and peaceful co-existence. Most importantly, I hope this award helps raise awareness among a wider audience about the need to continue these efforts.

"The situation in France and Europe has often presented many challenges due to a sense of exclusion and marginalization that affects so many young hearts. That said, I feel progress is being made, and we continue to work with families and communities to prevent youth radicalization and to understand how we can create opportunities for more open dialogue and advocacy; making co-operation and mutual understanding the norm — not the exception," Latifa concluded. — WAM

These were the details of the news UN chief and Moroccan-French activist win Zayed Award for Human Fraternity for this day. We hope that we have succeeded by giving you the full details and information. To follow all our news, you can subscribe to the alerts system or to one of our different systems to provide you with all that is new.