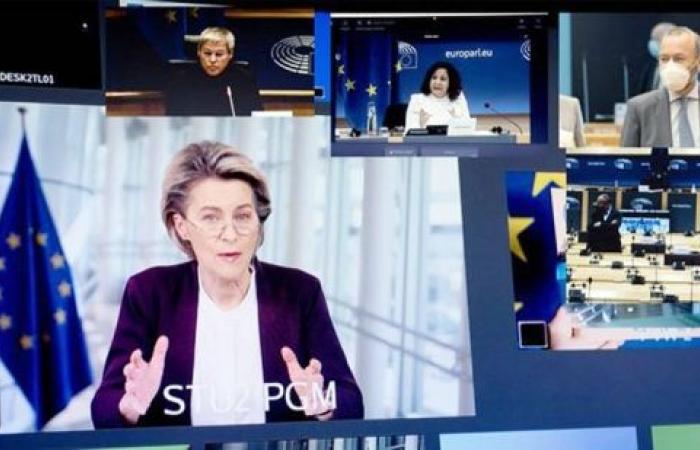 Hind Al Soulia - Riyadh - BRUSSELS — The EU will have access to around 400 million COVID-19 vaccine doses by the end of June, Ursula von der Leyen has told MEPs.

That means if no other vaccines are obtained in the meantime, there will only be enough doses to inoculate fewer than half of the EU's 447 million population. Vaccines so far approved in the EU require two jabs for full protection.

The European Commission president, who has come been criticized over the EU's slow rollout, told MEPs there would be around 100 million jabs made available in the first quarter of this year, followed by 300 million in the following three months.

She told them the figure of expected doses was "not enough" and warned of a "bumpy road" ahead.

"We will have in the first quarter, around about 100 million doses that have been delivered; it's 18 million in January; 33 million in February, and 55 million in March," she said. "This is not enough but we are aiming at 300 (million) at least in the second quarter.

"On a daily basis, we have the challenge to overcome these problems but I really thank you for the support because I'm deeply convinced that when we look back one day, perhaps at the end of this year, we will see it was the right process and it was overall a good process."

The EU's vaccination campaign started later than that of the UK and the US and has been hit in recent weeks by delays due to Pfizer/BioNTech and AstraZeneca reducing deliveries to upgrade manufacturing capabilities.

Pfizer/BioNTech have since announced that they will honor their contractual obligations for the first quarter and increase their second-quarter deliveries by 75 million doses.

The dispute with AstraZeneca, which saw the bloc briefly threaten to introduce export controls from Northern Ireland to the UK in violation of a Brexit treaty, has led to the British-Swedish company announcing it would bump up deliveries in the first quarter by nine million doses.

That will bring the total number of doses delivered by the company in the first three months of the year to about 40 million — half of what was originally agreed on.

The Commission plans for 70 percent of the bloc's adult population to be vaccinated by the end of the summer.

With nearly 85 percent — 379.5 million — of the EU's population aged 15 and over, reaching that target would require up to 759 million doses before the end of August.

Von der Leyen reiterated this target earlier this week in an interview with several European newspapers.

"We're at the beginning of it (the vaccination campaign)," she said. "Yes, there were problems at the start, but this all needs to be seen as a marathon in which we've not yet begun the first sprint. I am confident, we will get there." — Euronews

These were the details of the news Von der Leyen reveals EU will have access to 400 million doses by June for this day. We hope that we have succeeded by giving you the full details and information. To follow all our news, you can subscribe to the alerts system or to one of our different systems to provide you with all that is new.