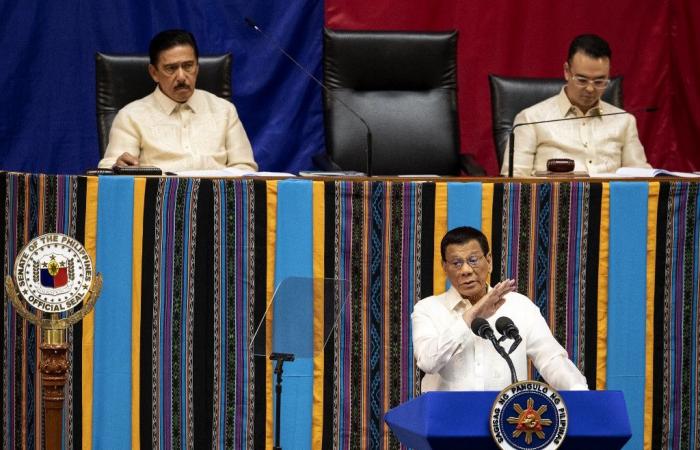 Jeddah - Yasmine El Tohamy - MANILA: The Philippine Senate has pledged its full support for a UN treaty outlawing the development and use of nuclear weapons.

Twenty-three senators on Monday voted to approve a resolution on the issue, making the Philippines the 53rd nation to adopt the 2017 UN Treaty on the Prohibition of Nuclear Weapons (TPNW).

The TPNW is the first globally applicable multilateral agreement to comprehensively prohibit nuclear weapons on the basis of international humanitarian law.

It also prohibits state parties from assisting, encouraging, or inducing anyone to engage in allowing nuclear weapons to be stationed, installed, or deployed in their respective territories and obligates parties to help individuals affected by the use or testing of atomic weapons, and to take appropriate measures toward the environmental remediation of contaminated areas.

Sen. Aquilino Pimentel III, chairman of the committee on foreign relations, who introduced and sponsored the bill, said the Philippines was among the first to sign the treaty along with 52 other countries.

He added that the Philippines had “much to gain” from the move, including the TNPW’s provisions on victim assistance and environmental remediation.

Pimentel noted the findings of environmental research warning that global climate cooling could adversely affect food production for years even with a “limited regional nuclear war.”

The same research revealed that a large-scale nuclear war could “create ice-age-like conditions that might eliminate most of the human race.”

Pimentel said: “Nuclear weapons do not discriminate. We cannot afford another nuclear arms race. The Hiroshima and Nagasaki bombings in Japan are horrors that should never be repeated.”

She added: “The TPNW is groundbreaking and a step in the direction of creating an international norm of conduct. With 86 nations signing it and 52 so far ratifying it – perhaps we will be the 53rd – the collective voice of humanity is clear: Nuclear weapons should be banned forever, as we have banned landmines and biological and chemical weapons.”

Filipino President Rodrigo Duterte ratified the treaty on Nov. 18 before submitting it to the Senate for concurrence.

The 1987 Philippine Constitution requires agreement by at least two-thirds of the 24-member Senate before any global accord that the Philippines signs can become binding.

In a statement released by his office, Duterte said that the Senate’s unanimous vote was a “milestone” and reinforced the country’s resolve – together with the international community – to pursue a world free of nuclear weapons, for peace, security, and the survival of all humanity.

He added that the ratification builds on the Philippines’ moral commitment to work toward the complete elimination of weapons of mass destruction, citing the country’s earlier adoption of the Bangkok Treaty establishing the Southeast Asia Nuclear-Weapon-Free Zone, the international nuclear Non-Proliferation Treaty, and conventions on the prohibition of chemical and biological weapons.

“As I said during my address at the UN General Assembly general debate, the Philippines joins hands with like-minded states in pushing for the complete prohibition of the development, possession, use, and transfer of nuclear weapons,” Duterte said.

He also highlighted the need for states to commit to averting and preventing nuclear incidents in light of a more complex global security landscape. He said that “developing countries’ growth rides on the back of a secure and stable environment,” adding that it was in the “interests of developing and developed countries alike to reduce if not eliminate nuclear risks and threats.”

Duterte pointed out that nuclear proliferation was a “real threat to global security,” and said that nuclear deterrence was not a guarantee of international peace and security.

“The only guarantee is the total elimination of nuclear weapons from the face of the Earth. The TPNW provides this guarantee,” he added.

The treaty entered force on Jan. 22.

These were the details of the news Philippine Senate rubber stamps treaty banning nuclear weapons for this day. We hope that we have succeeded by giving you the full details and information. To follow all our news, you can subscribe to the alerts system or to one of our different systems to provide you with all that is new.