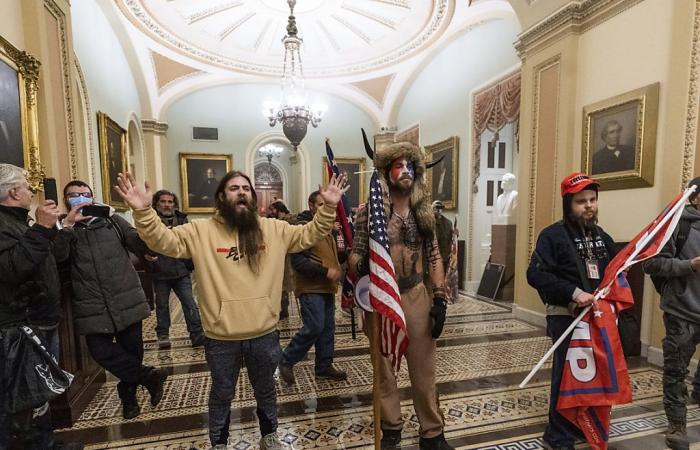 More than 150 people have been indicted by US federal justice for their role in the violence on January 6 at the Capitol in Washington. About fifty others are being prosecuted in the courts of the federal capital.

This toll is expected to increase further, investigators having gathered information on around 400 participants in this coup. “As we speak, the list is growing,” Federal Attorney Michael Sherwin added on Tuesday.

At first, the courts retained fairly simple charges, such as ‘intrusion’ or ‘illegal carrying of weapons’, in order to move forward quickly. But heavier charges, including violence against police officers, have been added to some files and some defendants face sentences of up to 20 years in prison, Sherwin said.

Supporters of former US President Donald Trump had stormed the headquarters of Congress, when elected officials were certifying the victory of his Democratic rival Joe Biden in the presidential election.

Five people died in the attack, including a police officer killed by demonstrators and a protester shot dead by an officer. Homemade bombs had also been discovered near the Capitol, near the offices of the Democratic and Republican parties.

Investigations into these most serious facts are continuing, according to Mr. Sherwin.

The former president, for his part, was put on trial before the Senate, which will try him in February for ‘incitement to insurrection’. For weeks he denied his presidential defeat, presenting himself against all evidence as victims of massive ‘frauds’. Just before the assault, he addressed his supporters asking them to increase their ‘strength’.

These were the details of the news Violence in Washington: more than 150 people charged for this day. We hope that we have succeeded by giving you the full details and information. To follow all our news, you can subscribe to the alerts system or to one of our different systems to provide you with all that is new.