Olympique de Marseille announced Monday in a press release that it had decided to dedicate “ a whole week ” to its supporters from the African continent, through “ exclusive content ”, with the highlight of the match to oppose the club Phocéen in Rennes, Saturday, for the 22nd day of the French Ligue 1.

In its press release, OM recalls having created in December 2019 ” OM Africa ”, an initiative consisting of ” a vast program entirely dedicated to its African fans and intended to bring together and unite all its supporters around events on the African continent, but also to develop training through its OM Schools and social projects through OM Foundation ”.

” For more than a year, the press release informs, OM fan clubs have sprung up all over Africa, three OM Schools have been created and several events (legends match …) have taken place to celebrate the strong links and emotional between OM and Africa ”.

This initiative took advantage of the links of “ several decades ” between Olympique de Marseille and Africa, through which many players from the African continent have worn the Olympian jersey during the history of the Marseille club, contributing to its notoriety, “immense in the Maghreb and in West Africa”.

To go even further, Olympique de Marseille has decided to dedicate an entire week to ‘OM Africa’ and to lovers of OM in Africa, with exclusive content, many gifts and surprises, with special emphasis on organ of this week the OM- Rennes match at the Orange Vélodrome “, we read in the press release of the Marseille club, one of the most popular in France.

The late Senegalese journalist and players’ agent Pape Diouf, who died on March 31 in Dakar, was president of Olympique de Marseille from 2005 to 2009.

Pape Diouf remains the only black personality to have led a high-level club in Europe.

These were the details of the news OM dedicates a week to its supporters in Africa for this day. We hope that we have succeeded by giving you the full details and information. To follow all our news, you can subscribe to the alerts system or to one of our different systems to provide you with all that is new. 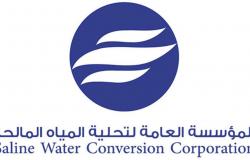 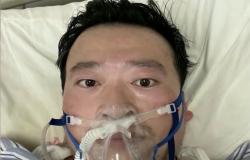