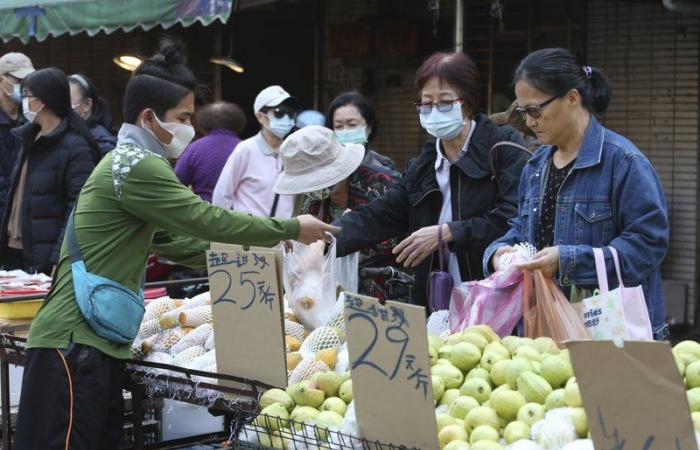 You are now following the details of the Asia Today: Taiwan quarantines 5,000 after hospital cluster news and now we leave you with the details

Officials said on Monday that they have not been able to identify how the husband and wife became infected after a brief hospital stay in the Taoyuan General Hospital, located in the city of Taoyuan just outside Taiwan’s capital city. The man had stayed at the hospital for three days for health problems unrelated to COVID-19, while his wife looked after him.

Those asked to quarantine include patients who were discharged from the hospital between Jan. 6-19, and their caregivers.

Taiwan is on higher alert after the latest domestic cluster, which has now seen 15 cases from the hospital in Taoyuan.

Taiwan has been applauded for its swift and sustained efforts to contain COVID-19, with just seven deaths and fewer than 900 confirmed cases, despite its close proximity to China, where the pandemic began.

— Health authorities in Thailand reported 959 new cases of coronavirus infection, a record daily high that was expected after mass proactive testing began in a province that has been the center of the nation’s biggest outbreak. The total announced Tuesday includes 914 cases announced the previous day in Samut Sakhon province alone, after health authorities began the testing effort targeting up to 10,000 people a day for a week. Most of the cases confirmed in Samut Sakhon have been among migrants from Myanmar working in the fishing industry and factories. Thailand has confirmed 14,644 cases including 75 deaths since its first case in January last year. More than 10,000 of its total have been recorded since Dec. 15 when the Samut Sakhon outbreak was detected and a second cluster related to gambling dens was uncovered.

— Chinese airlines are offering refunded tickets as coronavirus continues to spread in the northeast. The offer Tuesday from the government’s aviation authority comes amid a push to prevent people traveling during the Lunar New Year holiday next month. China has largely curbed the virus’ spread at the local level, but travel limits remain in place where outbreaks have been detected, including in the capital Beijing. Schools are going on break a week early and migrant workers have been told not to travel back to their hometowns. The country’s death toll from COVID-19 rose by one to 4,636 among 89,197 cases, the National Health Commission reported, with most new cases in the northeast where winter temperatures are well below freezing. The National Health Commission on Tuesday reported 53 new cases in Heilongjiang province, with another seven in Jilin province just to the south. Beijing and the business hub of Shanghai both reported two new cases.

— Health authorities in New Zealand said they’ve found no evidence the coronavirus is spreading in the community after confirming the first case outside a quarantine facility in more than two months. The woman developed symptoms at home after she apparently was infected by a fellow traveler while in mandatory quarantine. COVID-19 Response Minister Chris Hipkins said Tuesday that 15 of the woman’s 16 identified close contacts have tested negative, with one result still pending. New Zealand has eliminated community transmission of the virus, at least for now.

Image: People wear face masks to help curb the spread of the coronavirus as they shop at a market in Taipei, Taiwan, Monday, Jan. 25, 2021. (AP Photo/Chiang Ying-ying)

These were the details of the news Asia Today: Taiwan quarantines 5,000 after hospital cluster for this day. We hope that we have succeeded by giving you the full details and information. To follow all our news, you can subscribe to the alerts system or to one of our different systems to provide you with all that is new.