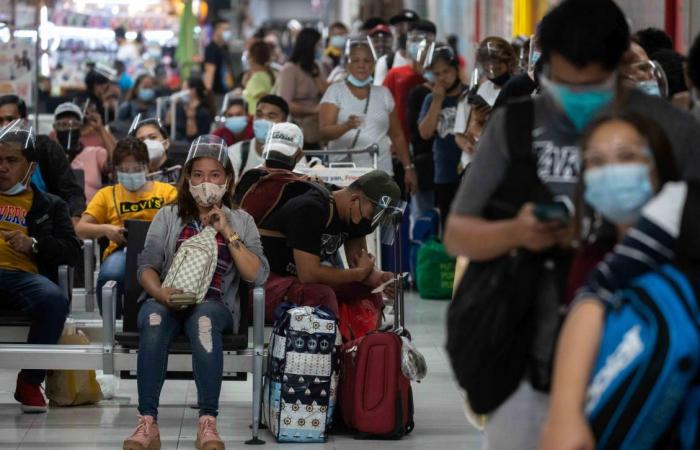 Jeddah - Yasmine El Tohamy - NEW YORK: The COVID-19 pandemic has hampered diplomacy and created complications for UN-led peace efforts, Security Council members were told on Monday. Calls for a global ceasefire have been largely ignored, and existing fragilities and inequalities have worsened, experts said.
The health crisis is seen by some as an opportunity to advance on the battlefield, or to shore up oppressive policies, they added. Meanwhile, young people have been particularly badly affected by massive job losses, and women have borne the brunt of a significant increase in levels of domestic violence.
In the four months since the Security Council last met to discuss the effects of the pandemic on peace and security around the world, the situation has deteriorated, said Rosemarie DiCarlo, under-secretary-general for political and peacebuilding affairs.
She reminded council members that more than two million people around the world have died from conditions related to COVID-19, more than 100 million have been infected by the disease, new variants of the virus threaten to trigger severe new waves at a time when health systems in many places are already on the verge of collapse, and the pandemic has cost $3 trillion in lost wages.
“The pandemic has exacerbated inequality and corruption, bred misinformation, stigmatization and hate speech, and created new flashpoints for tension and increased risks of instability,” DiCarlo told council members.
The meeting was called to review progress in the implementation of Security Council Resolution 2532, which was unanimously adopted in July last year in response to an appeal by UN Secretary-General Antonio Guterres for a global ceasefire so that all nations can focus on fighting the virus.
Although many nations expressed public support for his plea, in practice it largely fell on deaf ears. Existing conflicts continued to rage and new ones erupted, such as the war between Armenia and Azerbaijan over the disputed Nagorno-Karabakh region.
However, DiCarlo said the appeal by Guterres had succeeded in adding momentum to floundering peace processes in some countries. She highlighted the situation in Libya as an example of “how sustained political engagement, more unified support from the international community, and commitment by the parties can lead to tangible progress.”
She hailed the signing of the ceasefire agreement in the country last October as a “major achievement,” with the 5+5 Joint Military Commission, which includes five representatives from each of the rival sides in the conflict, working on a monitoring mechanism.
Tunisia holds the presidency of the Security Council this month, and DiCarlo thanked the “government and people of Tunisia” for hosting the Libyan Political Dialogue Forum. She said it represents “a pivotal opportunity” for negotiations and is helping to maintain momentum in the run-up to national elections scheduled for December this year.
“Libya remains at a critical juncture,” she said. “It is imperative that the Libyan parties maintain the momentum towards peace, with the full support of the Security Council.”
Turning to the conflicts in Syria and Yemen, DiCarlo said that the UN’s special envoys will not relent in their pursuit of peace in those countries.
However, now that vaccinations have begun in many countries, raising hopes that this might begin to bring the pandemic under control, she warned that a global recovery could be jeopardized by inequalities, if rich nations continue to buy up and hoard vaccine supplies while the less wealthy go without.
“This would be a catastrophic moral failure (and a) severe blow to peace and security,” DiCarlo said. However she added that “where there is real political will to make and sustain peace, almost no barrier is insurmountable, especially if there is support from the global community.”
Jean-Pierre Lacroix, the under-secretary-general for peace operations, said that COVID-19 has slowed the peace process in South Sudan, further estranged the two communities in Cyprus, and exacerbated the crisis in Lebanon.
He added that the pandemic has shone a light on the important role of women, who are on the front line of the fight against the virus, working to cope with its effects and helping to mitigate the political risks resulting from it.
“The pandemic presents a test of our collective commitment to international peace and security”, said Lacroix. He applauded the efforts of all those involved in peace efforts, and the Security Council’s “strong and steadfast” support for those attempting to overcome challenges in pursuit of peace.
Mark Lowcock, under-secretary-general for humanitarian affairs and emergency relief coordinator, told the council that many poor countries are in the midst of a second, more dangerous, wave of COVID-19 infections.
While it is true that vaccines offer hope of ending the pandemic, Lowcock reiterated that “no one is safe until everyone is safe, and the risk that the most fragile countries are at the end of a long, slow-moving queue for the vaccine imperils us all.”
As the world faces the “worst global economic contraction in 90 years,” he said an estimated “235 million people will need humanitarian assistance and protection, 40 percent more than last year, (an increase that is) almost entirely down to COVID.”
As he warned that humanitarian efforts are being outpaced by the health crisis, Lowcock appealed to council members for $35 billion of funding to enable the humanitarian coordination system to help 160 million people in need.
“The next six months will be crucial,” he said. “Today’s decisions will determine our course for years to come.”

These were the details of the news Philippines confirms local transmission of UK coronavirus variant for this day. We hope that we have succeeded by giving you the full details and information. To follow all our news, you can subscribe to the alerts system or to one of our different systems to provide you with all that is new.