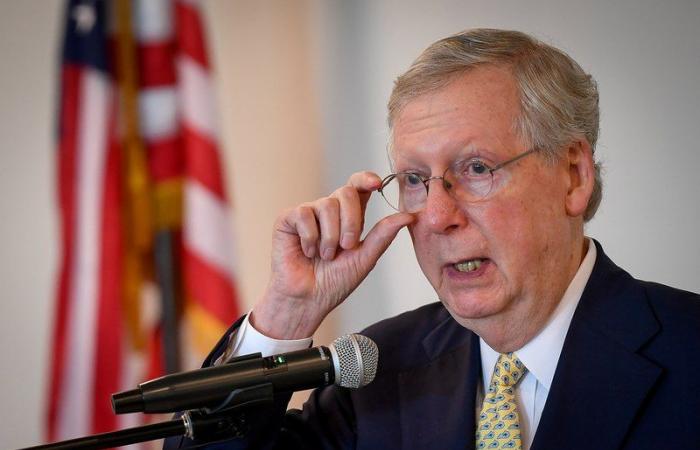 WASHINGTON, Jan 26 — Mitch McConnell, the US Senate Republican leader, said yesterday he would agree to a power-sharing agreement with Democrats, dropping demands that had held up the basic organisation and daily work of the 50-50 chamber for days.

Democrat Chuck Schumer, now the majority leader thanks to Vice President Kamala Harris’ tie-breaking vote, and McConnell had been at odds over the Republican’s request that Democrats promise to protect the filibuster, which requires a 60-vote supermajority to advance most legislation.

Schumer has refused to guarantee the filibuster would stay. But in a statement, McConnell cited comments from moderate Democratic Senators Joe Manchin and Kyrsten Sinema, who said they would not favour eliminating the filibuster.

A spokesman for Schumer, Justin Goodman, said in a statement, “We’re glad Senator McConnell threw in the towel and gave up on his ridiculous demand. We look forward to organising the Senate under Democratic control and start getting big, bold things done for the American people.”

Some liberal Democrats have suggested killing the filibuster to help advance President Joe Biden’s agenda, though Biden has not signaled support for such a move. In recent years, the 60-vote threshold has brought the Senate nearly to a halt on major legislation.

With Harris unable to attend every Senate session, the two party leaders have been discussing an arrangement to govern day-to-day operations, similar to one struck the last time the Senate was equally split two decades ago.

Senate committees have still not been reorganised under Democratic control.

Democrats could unilaterally change the rules to require only a simple majority to approve bills, a move sometimes called the “nuclear option,” if all 50 members voted together and Harris provided the tie-breaking vote.

By declining to guarantee as part of the deal that the filibuster will be protected, Schumer preserves the threat as leverage in negotiations over Biden’s priorities, such as a new round of coronavirus relief. — Reuters

These were the details of the news US Senate Republican leader McConnell drops objection to power-sharing deal with Democrats for this day. We hope that we have succeeded by giving you the full details and information. To follow all our news, you can subscribe to the alerts system or to one of our different systems to provide you with all that is new.

As US Covid-19 cases rise, so does demand for antivirals

US accuses casino tycoon Wynn of acting as Chinese agent