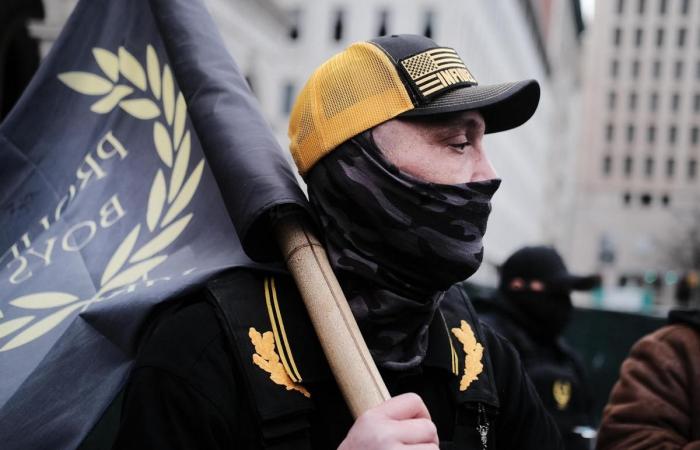 The House of Commons on Monday passed a motion designating the far-right group “Proud Boys” as a “terrorist entity”.

Moved by the New Democratic Party (NDP, left), the motion adopted by the House of Commons urges the Liberal government of Justin Trudeau “to use all means at its disposal to respond to the proliferation of white and hate supremacist groups by starting by the immediate designation of the Proud Boys as a terrorist entity ”in Canada.

In Canada, five members of the Royal Canadian Navy group were called to order for interrupting an Indigenous ceremony in Halifax, Nova Scotia (southeast) in 2017. Dozens of organizations are banned in Canada. Canada, including Al-Qaeda, Hezbollah, the Taliban or the Islamic State group.

These were the details of the news Canada: Parliament designates “Proud Boys” as “terrorist entity” for this day. We hope that we have succeeded by giving you the full details and information. To follow all our news, you can subscribe to the alerts system or to one of our different systems to provide you with all that is new.