“I would have preferred that”, says ATP caption on Novak Djokovic letter 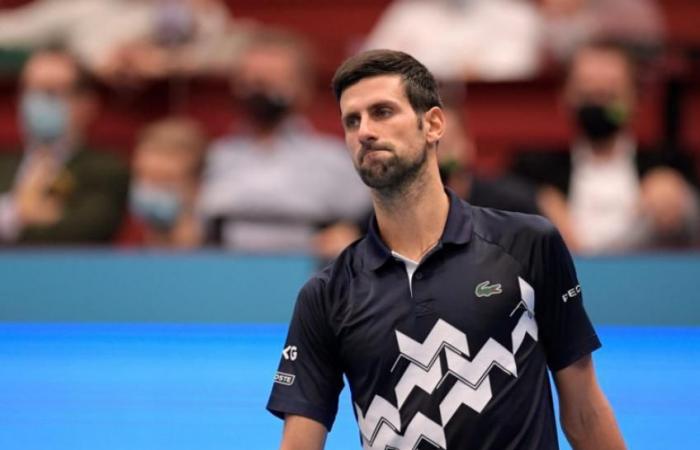 Following the complications that arose for players in Melbourne ahead of the Australian Open, Novak Djokovic sent a letter to Tennis Australia boss Craig Tiley asking him – bluntly – to review the overly strict restrictions imposed on some players.

The benevolent letter from the world number 1 – in addition to not having had the expected effects – sparked debate on the part of public opinion.

The Australian government’s decision to bring around 1,200 foreigners to the country for a tennis tournament has not met with popular approval, considering that several thousand Australians still cannot return to their country.

In particular, Nole’s requests included chamber bikes and other training equipment in the bedrooms, food to athlete standards, and further transfer of players, if possible, to private homes with facilities. tennis courts.

While the CEO of Tennis Australia fully understood and approved Djokovic’s approach, former Grand Slam champion and current television commentator Todd Woodbridge “said he would have preferred Djokovic never to send this letter.

“I would have preferred that,” replied Todd Woodbridge when asked if, in hindsight, he thinks Novak Djokovic shouldn’t have submitted the letter.

“I mean look, health (the authorities) is what was going to determine what had to happen, so going to Craig Tiley wasn’t going to be the answer anyway. He can’t make those decisions.”

“I’m telling you what, we’ll have to go get a lot of backyard tennis courts if Novak Djokovic’s demands are to be met,” Woodbridge joked. “If it is food and other things, they will be taken care of,” Woodbridge said, admitting that the letter was ultimately not so unnecessary.

“If they want more food, they will get more food. And I know the Tennis Australia team will do anything to help these isolated players get back to their best after their hard isolation.

Players will settle in better once they know how the people of Melbourne view their arrival (no doubt during the macths). “Despite two people having tested positive, Tiley said management will stick to the tournament’s scheduled start date without any postponements or cancellations.

He mentioned that he was unfortunate that these people had tested positive, but he also revealed that 643 other tests came back negative.

The ticket sales are going well, we have two weeks of very good tennis and our intention is to absolutely continue with these dates. So far we have had 643 negative tests and two which have unfortunately been positive,” said Tiley.

These were the details of the news “I would have preferred that”, says ATP caption on Novak Djokovic letter for this day. We hope that we have succeeded by giving you the full details and information. To follow all our news, you can subscribe to the alerts system or to one of our different systems to provide you with all that is new.