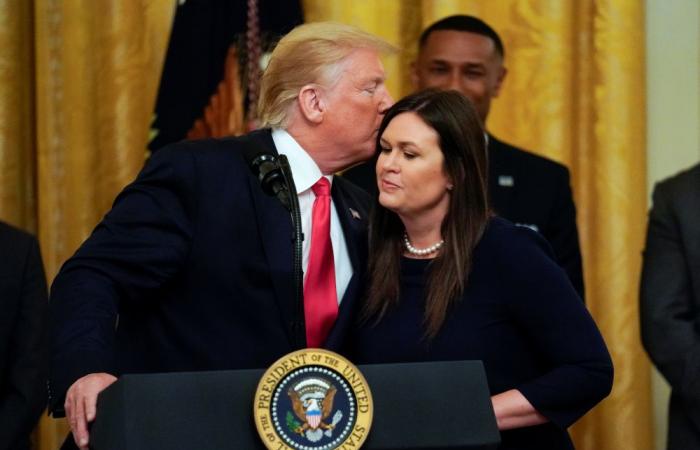 Hello and welcome to the details of Former Trump White House press secretary plans to run for governor of Arkansas, says source and now with the details

Sanders will announce on video her intention to seek the Republican nomination for the November 2022 election, the source added.

Sanders served as Trump’s second press secretary, having replaced Sean Spicer in 2017. She resigned in 2019 to return home to Arkansas.

The 38-year-old Sanders is the daughter of Republican former Arkansas Governor Mike Huckabee. She left the White House on good terms with Trump and supported his failed re-election bid. — Reuters

These were the details of the news Former Trump White House press secretary plans to run for governor of Arkansas, says source for this day. We hope that we have succeeded by giving you the full details and information. To follow all our news, you can subscribe to the alerts system or to one of our different systems to provide you with all that is new.