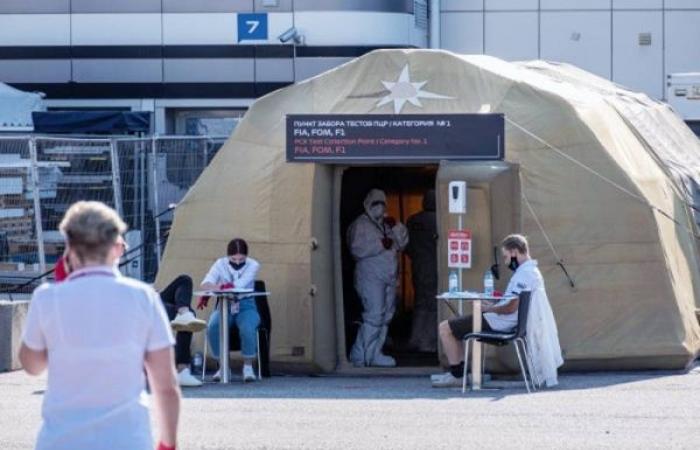 Coronavirus is continuing its spread across the world with over 99 million confirmed cases in 218 countries and more than 2.13 million deaths. The virus is surging in many regions and countries that had apparent success in suppressing initial outbreaks are also seeing infections rise again.

The US recorded Saturday 186,891 new coronavirus cases in the past 24 hours as the confirmed cases nation-wide crossed 24 million. It also recorded 3,655 virus-related deaths according to Johns Hopkins University.

The tally showed that the confirmed cases nationwide reached 24,818,779 and at least 414,004 deaths across US, with the country remaining the world’s worst hit by the pandemic.

Furthermore there were a record 116,264 people currently hospitalized for coronavirus in the US, according to COVID Tracking Project. The US ranks first globally in the number of coronavirus cases and deaths.

India and Brazil have the second and third highest case tallies, recording some 10.6 and 8.7 million cases respectively. Infections have been reported in more than 218 countries and territories since the first cases were identified in China in December 2019.

In London, Britain said that the death toll from coronavirus has risen by 1,348 to 97,329, the Department of Health and Social Care said on Saturday. As many as 33,552 more lab-confirmed cases raised the country’s overall count to 3,617,000, according to the department’s daily update.

Recently, the British government declared that flights to and from Latin America's countries and Portugal are banned as of Friday because of fears of the spread of new mutated strains of the coronavirus that appeared in Brazil.

The ban suspends flights to and from Argentina, Brazil, Bolivia, Chile, Colombia, Ecuador, Banana, Paraguay, Peru and others. As of next Monday, all passengers to Britain must have a document valid up to 72 hours free of coronavirus.

In Moscow, Russia reported 21,127 new coronavirus cases on Sunday, bringing the total number of confirmed infections to 3,719,400 after it crossed the 3.7 million mark. Russia's coronavirus crisis center said 491 coronavirus patients had died in the last 24 hours and the overall national coronavirus death toll was at 69,462.

They added 22,445 people recovered from the virus, raising the total number of recoveries to 3,131,760. The COVID-19 pandemic was confirmed to have spread to Russia on Jan. 31, 2020 when two Chinese citizens in Tyumen (Siberia) and Chita (Russia Far east) tested positive for the virus.

In Berlin, German health authorities reported on Sunday 349 deaths and 12,257 new coronavirus cases in the past 24 hours. The Robert Koch Institute (RKI) for infectious diseases said the country’s death toll increased to 51,870 cases and the total confirmed cases those to 2,134,936.

In Paris, the French Health Ministry reported 23,924 new coronavirus infections over the past 24 hours on Saturday. France's cumulative total of cases now stands at 3,035,181. The COVID-19 death toll was up by 230 at 72,877. France announced its approval of the use of Moderna COVID-19 vaccine and to include it in its vaccine program.

In Rome, Italy’s death toll from the coronavirus outbreak hit 85,162 on Saturday after 488 more people succumbed to the disease over the past 24 hours, Health Ministry data showed.

Some 13,331 new cases were logged in the same period to raise the total in one of the world’s worst-affected countries to over 2,400,455, according to government figures. It noted recoveries topped 1,871,000.

In Brussels, total infections of coronavirus cases in Belgium on Sunday increased to 691,854 with 2,583 new infections reported by Belgian health authorities. They reported 51 more deaths from COVID-19 in the last 24 hours raising the total death toll to 20,726.

In Vienna, Austrian authorities announced Sunday that they recorded 1,202 new coronavirus cases raising the total number of confirmed infections to 404,714. More than 381,000 cases have recovered Since the start of the pandemic, deaths have reached 7,418, said the country’s Health Ministry.

In Beijing, China Sunday reported 80 new coronavirus cases in the past 24 hours, but did not register any virus-related deaths. The National Health Commission said total registered infections rose to 88,991 and fatalities remained at 4,635. It added 30 people have recovered from the virus and left hospitals in the past 24 hours to reach a total of 82,556. There are still 1,800 patients receiving treatment.

In New Delhi, India said on Sunday that 155 people died due to COVID-19 while 14,849 new cases of the coronavirus were registered in the past 24 hours. The Ministry of Health and Family Welfare said that fatalities due to COVID-19 rose to 153,339 as the total number of positive cases mounted to 10,654,533.

According to the ministry, 10,316,786 people recuperated from the pandemic as it spread to 35 states. India has the world's second-highest caseload, but daily infections have dipped steadily since hitting a peak in September.

In, Seoul, South Korea reported 392 more cases of COVID-19 as of midnight Saturday compared to 24 hours ago, raising the total number of infections to 75,084. Twelve more deaths were confirmed, leaving the death toll at 1,349.

In Tokyo, the death toll from the novel Coronavirus in Japan surpassed 5,000 on Saturday as the country struggles to curb a third wave of infections, Kyodo News Agency reported. Of the total, more than 3,000 deaths were reported since the ongoing resurgence emerged in November.

Indonesian Health Ministry reported on Sunday that 11,788 new COVID-19 cases emerged in the country and 171 deaths, over past hours. The total confirmed cases reached 989,262 and deaths 27,835 fatalities, the department said in a statement, adding recoveries increased to 798,810.

In Latin America, Brazil has more than eight million confirmed cases and the world's second highest death toll. The country is currently seeing a second surge in infections. Brazil ranks third in terms of infection numbers globally, behind the United States and India. On fatalities, Brazil ranks second behind the US.

The Africa Centers for Disease Control and Prevention (Africa CDC) announced Sunday that the tally of coronavirus cases surpassed 3.418,514 throughout Africa.

Moreover, the death toll reached 84,637 and recovery cases amounted to 2.878,234, said Africa CDC. Statistics showed that South Africa is considered the most affected country on the continent.

In Cairo, the Egyptian Ministry of Health and Population said on Saturday that 680 more people tested positive for the novel coronavirus and 49 patients died over the past 24 hours. The figures took the country’s tally to 161,143 infections and 8,902 deaths the ministry said. Another 573 patients have been discharged from the hospitals, bringing the overall recoveries to 126,176.

In Rabat, Morocco on Saturday said confirmed coronavirus cases had risen by 925 over the past 24 hours, while 23 more people succumbed to the disease to up the country’s death toll to 8,128. The North African nation’s caseload has reached 465,769 since the contagion came to light, according to the Health Ministry’s data the tally of people who have recovered from the virus till date as 436,626.

In Tunis, Tunisia’s Ministry of Health on Saturday announced 62 deaths from the novel coronavirus and 2,041 more infections in 24 hours. The tally of confirmed deaths and infections rose to 6,154 and 195,314 respectively since the outbreak of the virus. Meanwhile, overall recoveries went up to 141,862.

Meanwhile, Mauritania reported, during the past 24 hours, 56 new cases of the novel Coronavirus (Covid-19) as well as 3 deaths. In a statement, the Mauritanian Health Ministry said that the total number of infections reached 16,322, while the death toll in the country reached 413. — Agencies

These were the details of the news Global coronavirus cases hits 99.4m; death toll crosses 2.13m for this day. We hope that we have succeeded by giving you the full details and information. To follow all our news, you can subscribe to the alerts system or to one of our different systems to provide you with all that is new. 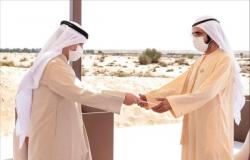 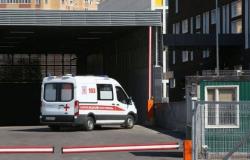 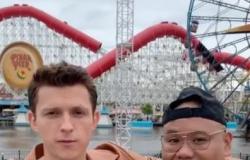