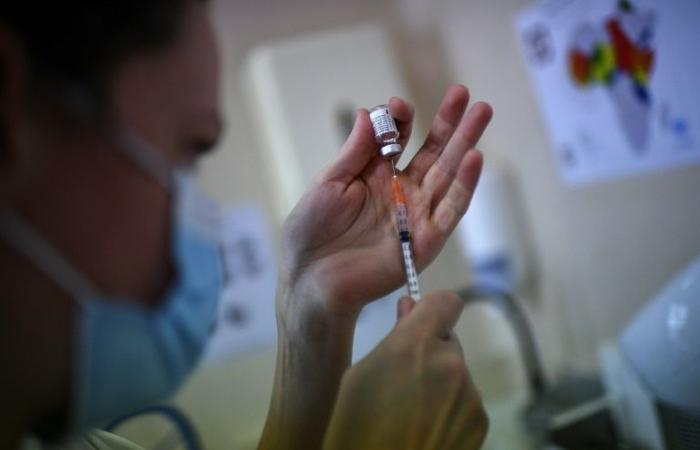 A million people have been vaccinated against the coronavirus in France, where stricter border rules came into force on Sunday, an additional measure to try to control the epidemic and avoid a third lockdown.

Presenting a negative PCR test has become mandatory for travelers from the European Union (EU) in French ports and airports.

The obligation to present a negative test carried out 72 hours before has already applied since mid-January to travelers from other countries.

Controls take place mainly in ports and airports, currently some 62,000 people per week according to the Minister Delegate in charge of Transport Jean-Baptiste Djebbari. But frontier workers and land transport are exempt.

At Roissy-Charles-de-Gaulle, where barnums intended for testing have been installed at the terminal which brings together European flights, this new rule “will not change much”, an airport source told AFP.

Most of these travelers already have a test, the others will be able to perform an antigen test on site, and “the only unknown will be the waiting time,” she said.

This new measure comes into force while hospital pressure remains strong: on Saturday 25,800 patients were hospitalized, including nearly 2,900 in intensive care.

On the vaccine front, Prime Minister Jean Castex was able to rejoice on Saturday that the country crossed the threshold of one million vaccinated against the virus responsible for Covid-19, at least with a first injection.

Set for the end of January, this level was crossed four weeks after the start of the French vaccination campaign.

These vaccinated are part of the priority audiences (elderly in EHPAD or over 75 years old, caregivers over 50 years old …), and the vaccination rate of the population ranges from 0.2% in Guyana to 2 , 3% in Bourgogne-Franche-Comté.

Beyond that, its Minister Delegate for Industry Agnès Pannier-Runacher said she was “reasonably confident” that France exceeds its goal of vaccinating “15 million people” by June, and wished to reassure on dose deliveries: more than 1.9 million have already been received.

Will this be enough to cope with the virus and its variants? “

The absolute urgency is to vaccinate the most vulnerable with the vaccines available to protect them against the disease,” said doctor Yves Lévy, director of the Vaccine Research Institute (VRI) at the CHU Henri-Mondor in Créteil ( Val-de-Marne), in an interview with JDD. “We can think (that these vaccines) will remain partly effective” against the new variants, he added.

“However, this raises the long-term question of the need to adapt vaccines to mutations already appearing or to come. We must therefore be prepared for the possibility of having to revaccinate on a regular basis. And therefore, no doubt, to put developing new vaccines, as we do every year for influenza, ”he added.

For him, the idea of ​​achieving “group immunity” is “illusory” and blocking the arrival of the English mutant is “mission impossible”. Faced with variants, “containment remains the most effective weapon”, says this specialist.

The government, for its part, still hopes to avoid a third lockdown. But if it should take place, the Ministry of Health Olivier Véran prefers to take measures before the arrival of a third wave. “

“We need the curfew to work, we have to manage to hold on to the variant and save time. In the best case scenario, we will be able to reduce the epidemic pressure. If this is not the case, we will not wait until March to act. We are monitoring the evolution of the effects of the curfew day by day. We will not wait for a new wave to arrive to take the right measures, “he added. he declared to the Parisian.

At present, “the situation allows school continuity. But we are vigilant,” assured the Minister of National Education Jean-Michel Blanquer to the JDD. “All our work consists in avoiding this hypothesis (of a closure of establishments), even if it remains conceivable in case of absolute necessity. School remains essential for our children,” he added.

The government has also launched a third masks distribution campaign for precarious people.

In total, 45 million masks, washable 50 times, are sent by La Poste until the end of February to 7.3 million beneficiaries of complementary solidarity health, with sizes adapted for children.

These were the details of the news one million vaccinated in France, hospital pressure remains strong for this day. We hope that we have succeeded by giving you the full details and information. To follow all our news, you can subscribe to the alerts system or to one of our different systems to provide you with all that is new.