Election – The Portuguese called to the polls to choose their president 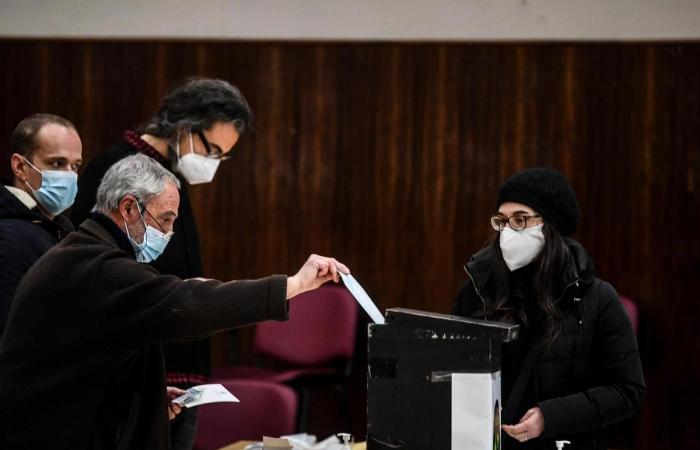 All the polls predict the re-election of the current head of state, the moderate conservative Marcelo Rebelo de Sousa, in the first round.

Despite the strict health confinement imposed on them, the Portuguese are called on Sunday to elect their president, a ballot which should seal the renewal of the outgoing candidate, the moderate conservative Marcelo Rebelo de Sousa.

As all the polls predict the re-election of the current head of state in the first round, the suspense relates to the score of the far-right candidate André Ventura, who could create surprise by arriving second, in front of the former Socialist MEP Ana Gomes.

The participation rate of the 10.8 million registered voters is the other major issue of the ballot, since the polling stations will open at 8 a.m. (9 a.m. in Switzerland) in a country subjected for ten days to a second general confinement to stem a explosion of Covid-19 cases.

After shops and restaurants, the government had to resolve to close schools for two weeks, while new daily records of contaminations and deaths were broken again on Saturday, bringing the total toll since the start of the pandemic to- beyond the threshold of 10,000 deaths. With more than 80,000 contagions in the past week, Portugal ranks first in the world in terms of the number of new cases compared to its population, surpassed only by the British enclave of Gibraltar, according to data collected by AFP from national authorities.

Avoid a second round

In his last campaign speech, the outgoing president called on voters to vote for him in order to avoid a second round, scheduled for February 14, and thus “spare the Portuguese the prolongation of the election for three crucial weeks” to slow down the epidemic.

“It only takes a 70% abstention to make a second round almost inevitable,” worried Marcelo Rebelo de Sousa, a 72-year-old former law professor who became famous as a political commentator on television. In fact, candidates and observers fear that the health context, added to the foreseeable outcome of the election, will cause very little mobilization, which in turn risks blurring the forecasts of the polls.

In the latest surveys, Marcelo Rebelo de Sousa was credited with at least 58% of the voting intentions, against nearly 15% for the socialist Ana Gomes and just over 10% for the right-wing populist André Ventura.

The four presidents that Portugal has known since the advent of democracy in 1974 were all re-elected in the first round for a second five-year term.

Remained very popular since his election five years ago, the current head of state has cohabited without a major hitch with the socialists of Prime Minister Antonio Costa who, to avoid a guaranteed defeat, did not present any candidacy .

The head of government even refused to support Ana Gomes, a 66-year-old career diplomat who has become a prominent anti-corruption activist and who has stood up against the rise of the far right. André Ventura, he said he wanted to “crush the left”, which has three of the seven candidates, and thus hopes to confirm the progression of right-wing populism in a country which, until now, was an exception.

With a score of 1.3% and 70,000 votes in the legislative elections of 2019, this 38-year-old jurist became the sole deputy of the anti-system party “Chega” (“that’s enough”), which he himself founded after to have campaigned within the main Portuguese center-right formation, like the outgoing president.

These were the details of the news Election – The Portuguese called to the polls to choose their president for this day. We hope that we have succeeded by giving you the full details and information. To follow all our news, you can subscribe to the alerts system or to one of our different systems to provide you with all that is new.