Football – Real success to give air to his sick coach 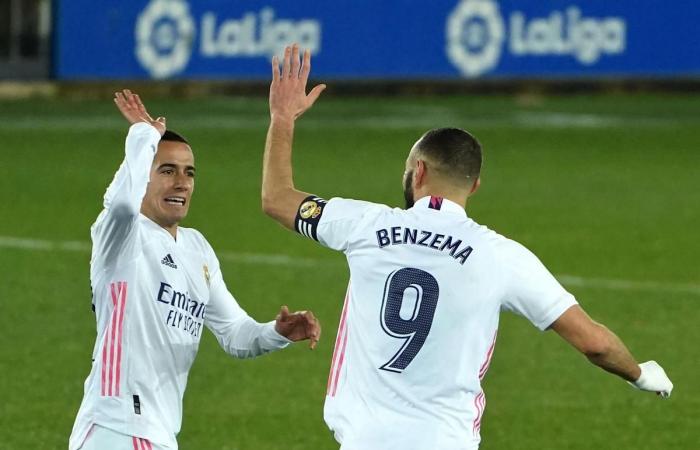 Tested positive for Covid-19, Zinédine Zidane is especially abused by the Madrid press. His team reacted on Saturday by strangling Alavés (4-1)

Under pressure after two poor performances, Real Madrid played against Alavés (4-1) on Saturday during the 20th day of La Liga. A success that allows Zinédine Zidane, threatened and absent because of Covid-19, to breathe.

A few days after the double elimination in the semifinals of the Spanish Supercup (2-1 against the future winner, Athletic Bilbao, on January 14) and in the Copa del Rey (against a D3 team, Alcoyano, 2-1 after extra time on Wednesday), the Merengues quickly widened the gap thanks to nice goals from Casemiro (15th, head), Eden Hazard (45th + 1) and a double from Karim Benzema (41st, 70th), despite the reduction Joselu’s score for the header (60th).

Openly criticized in the Spanish press after the two defeats in the Cup and the Spanish Supercup, Zinédine Zidane was absent in Vitoria-Gasteiz on Saturday evening, because positive for the new coronavirus. He therefore left the reins of his team to his assistant David Bettoni … and his players did not betray him.

In the absence of the Marseille thinking head, Sergio Ramos and Dani Carvajal, the Merengues still returned to their game on Saturday night, to temporarily get closer to four points from the leader, Atlético Madrid (44 pts), which receives Valence on Sunday.

In addition, this easy victory made it possible to revive certain elements of the group of “Zizou”. Belgian international striker Eden Hazard (30 years old, 106 caps) was able to find his way back to goals on a perfect opening from Toni Kroos behind the defense of Alavés just before half-time (45th + 1). And, a few minutes earlier, he even wisely touched the ball to deflect it towards Karim Benzema for the first of the Frenchman’s two goals (41st).

This is only Hazard’s 3rd goal in 12 matches this season in all competitions.

The Belgian had not scored in La Liga since October 31, in an easy victory against Huesca (4-1).

These were the details of the news Football – Real success to give air to his sick coach for this day. We hope that we have succeeded by giving you the full details and information. To follow all our news, you can subscribe to the alerts system or to one of our different systems to provide you with all that is new.