The group is launching this unprecedented operation to show its support for the French scene and clubs.

From 9 p.m. on Saturday 23 January, around a hundred artists will follow one another in studio 104 of the Maison de la radio et de la musique, the new name for the “round house” unveiled at the beginning of January, to symbolize the commitment of the public group to a world of music hard hit by the Covid-19 crisis.

“We will more than ever continue to support the music sector which is close to our hearts and which is suffering, and this new initiative is an unprecedented way of expressing this support for the French scene”, Sibyle Veil, President and CEO of Radio France, told Agence France-Presse.

At first, the group had considered doing a virtual concert bringing together confined stars, like the event. One World : Together At Home, organized last year in the United States by Lady Gaga. But Radio France, which has succeeded despite the pandemic in organizing a whole series of concerts putting the French scene in the spotlight in its studios or Parisian venues at the end of 2020, finally opted for an event bringing together artists in the flesh.

Dozens of artists all night long

“We wanted to register our support for artists in reality, by making not a virtual night, but a physical one” and by extending it, in addition to current music, “To classical music and jazz”, as well as in clubbing, summarized Didier Varrod, musical director of the antennas of Radio France.

The evening will be organized in two parts.

The French scene will be in the spotlight until 2 a.m., with dozens of young and confirmed artists, from Juliette Armanet to Yseult, including Dominique A, Oxmo Puccino, Malik Djoudi, Eddy de Pretto, Camélia Jordana , Pomme, Ours, Rebeka Warrior, François Atlas, Yael Naim, Mathilde Calderini, Olivia Ruiz, Raphael and many others.

From 2 a.m. to 3 a.m., there will be a clubbing session at the Rex Club with Pedro Winter and DJ sets from Yuksek, Madben and Kiddy Smile. This programming will give an important place to electro music, particularly affected by the closure of nightlife venues, whose horizon seems completely blocked. “This evening is also a helping hand of confirmed artists to this sacrificed generation of young artists, who did not have access to the public” and are therefore slowed down, or even stopped dead, at the start of their career, underlined Didier Varrod.

Article reserved for our subscribers Read also “Because they exercise at night, we forget them”: cabarets and discotheques cry out for help

These were the details of the news A “HyperNuit” at Radio France to support music for this day. We hope that we have succeeded by giving you the full details and information. To follow all our news, you can subscribe to the alerts system or to one of our different systems to provide you with all that is new. 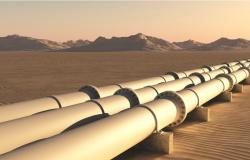