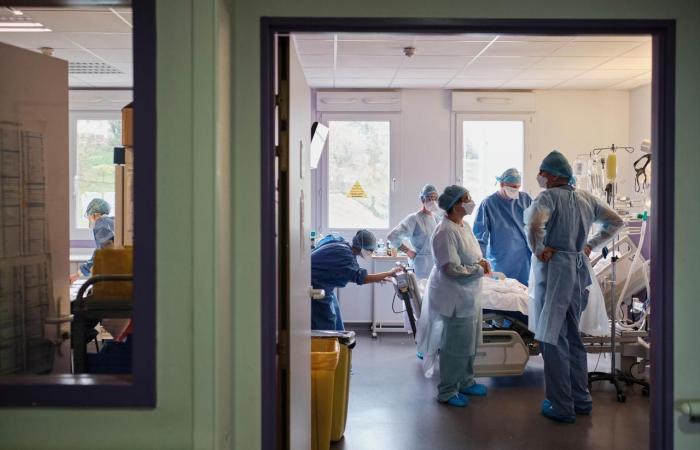 What if all it took was a drug like a pill to see the effects of Covid-19 diminish? In any case, this is the result of the Colcorona study, conducted around the world, by the Montreal Heart Institute (ICM), in Canada. “We are pleased to offer the first oral drug in the world whose use could have a significant impact on public health”, promises Jean-Claude Tardif, the principal investigator of the study. This drug is not to be invented, according to the researcher: it already exists. Her name? Colchicine.

“Colchicine is a powerful anti-inflammatory with a good safety profile already used for the treatment of gout,” explains Guy Boivin, microbiologist-infectious disease specialist at the CHU de Québec, who worked with Jean-Claude Tardif on this study.

This molecule is indeed well known to medicine because, in addition to the treatment of gout for which it relieves, it is also used for the treatment of chondrocalcinosis, and more rare diseases such as familial Mediterranean fever (a hereditary disease) and Behçet’s disease.

Colchicine is not a trivial medicine. It “has a narrow margin between efficacy and toxicity,” recalls on Twitter an intern in a hospital pharmacy, fearing that the population would seek to obtain this drug.

The molecule should therefore be taken with suspicion and only on medical advice. In France, colchicine is only available on prescription.

What does the study say?

The ICM study was carried out on 4,488 patients in several countries around the world, in different regions of the world (United States, Canada, Spain, South Africa and Brazil). Positive for Covid-19, symptomatic or not, these patients were divided into two groups: a first receiving colchicine treatment, a second receiving a placebo.

“”Colchicine reduced by 21% the risk of death or hospitalizations in patients with Covid-19 compared to the placebo””, wrote the ICM in a press release, published this Saturday on its website. Of the 4,159 patients, who actually had a positive PCR test, continues the research institute, “colchicine led to reductions in hospitalizations by 25%, the need for mechanical ventilation by 50% and deaths by 44%”.

According to the researchers, “”treating patients at risk of complications with colchicine as soon as the diagnosis of Covid-19 is confirmed makes it possible to reduce their risk of developing a serious form of the disease and consequently reduce the number of hospitalizations””. Such a solution would therefore alleviate the pressure in hospitals by allowing patients to stay at home.

Why should we take this study with a grain of salt?

Colchicine is not the first drug to give some hope in the face of Covid-19. In particular carried by Didier Raoult, hydroxychloroquine had for a time been used as a miracle cure and its use, to fight against severe forms of the coronavirus, had been authorized in certain countries under media pressure. Studies carried out later found that hydroxychloroquine had no benefit against Covid-19.

The Quebec study alone is therefore not sufficient to determine whether or not colchicine is truly effective against Covid-19. From its base of patients tested, just over 2,000 have actually received colchicine.

The study has not been published – this one having only been revealed in a press release – there is no information as to the profiles of the people tested.

Contacted by Le Parisien, the ICM specifies that “the manuscript relating to the results of the study is not yet available”, it being currently “in writing”, after receipt of the results “there are less than 24 hours ”. “It will be published in a scientific journal within a few weeks,” he adds.

On its website, the French Society of Pharmacology and Therapeutics (SFPT) said this Saturday that “27 studies around the world testing the effectiveness of colchicine” are underway. Only two have already been published – a study conducted in Colombia, and another in Greece. Although they show an improvement in the health of patients on colchicine, they concern too few patients – 300 for the first, 100 for the second – to be taken at face value.

The effectiveness of colchicine in the prevention or treatment of Covid-19 infections has not been demonstrated. “

These were the details of the news Colchicine, “the first oral medicine” against Covid-19? Why you should be wary for this day. We hope that we have succeeded by giving you the full details and information. To follow all our news, you can subscribe to the alerts system or to one of our different systems to provide you with all that is new.