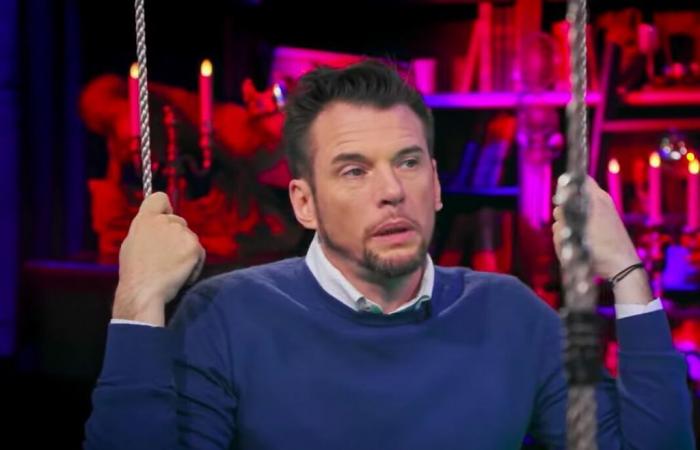 Guest of Jarry’s show on YouTube, Norbert Tarayre revealed having suffered violence early in his career.

The chef gave a moving testimony.

It is a moving testimony. Usually always the first to laugh and do stupid things, Norbert Tarayre has revealed a new side of his life.

The most eccentric chef of the PAF was invited on the set of the Jarry Show, the comedian’s show broadcast on YouTube.

The happy father explained that he suffered violence when he entered the world of gastronomy. “I grew up without a father, I had no referent in the hierarchy, I had no direction, I did what I wanted, I made my mother misery, I was a dirty little idiot and when I went into the kitchen, I got screwed in the face “, remembered Norbert Tarayre, very moved to talk about his past. He continued : “I got back on my feet, chestnuts, chestnuts, kicks in the ass, stab wounds under the jackets, I got in the face. We take your jacket, it’s pierced, we tear off your jacket with the knife, you stay the day with “.

If Norbert Tarayre manages today to realize the violence he suffered, this was not the case at the time. “I didn’t realize it was violent because the world I grew up in, the neighborhood I grew up in, we had to fight,” the chef continued on

The Jarry Show. Fortunately, over the years, the atmosphere in the kitchens has calmed down and violence is less common. “Today if there were to see 2, 3% of violent leaders and still, they must hide, because we had big scandals with famous big leaders, today it is a lesson of life: you can’t lead people with punches in the mouth. Cooking, food jobs, they’re great jobs “, concluded Norbert Tarayre.

In this same program, the chef gave much more surprising secrets … but also very, very intimate. Divorced from the mother of his elders, Norbert Tarayre became the father of a little boy a few months ago with his new partner. And to listen to him, getting old is not easy. “I am 40 years old and I realized two years ago that I had to take care of myself because we get older and the body reminds us of it. One day, I had a big blow. down in libido, he confided. I could no longer lift the penis, nothing excited me.“As a good cook, he was looking for something to get back on his feet. “These are oysters, avocados, artichokes. And watermelon. You have to eat the seeds because there is everything you need. No more sugar, no more candy, no more. Bad sugar will prevent you from having the potato, explained the chef. I could sit next to Rocco Siffredi. I may not have ridden like him, but when it comes to endurance, I’ve never seen that. “

Subscribe to the Telestar.fr newsletter to receive the latest news free of charge

These were the details of the news Norbert Tarayre abused: the terrible revelations of the chef for this day. We hope that we have succeeded by giving you the full details and information. To follow all our news, you can subscribe to the alerts system or to one of our different systems to provide you with all that is new.