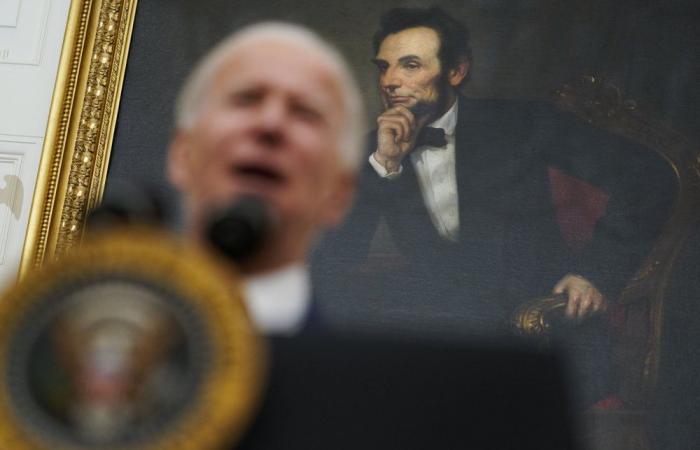 You are now following the details of the Biden’s early approach to virus: Underpromise, overdeliver news and now we leave you with the details

President Joe Biden, in his first three days in office, has painted a bleak picture of the country’s immediate future, warning Americans that it will take months, not weeks, to reorient a nation facing a historic convergence of crises.

The dire language is meant as a call to action, but it’s also a deliberate effort to temper expectations. In addition, it is an explicit rejection of President Donald Trump’s tack of talking down the coronavirus pandemic and its economic toll.

Chris Lu, a longtime Obama administration official, said the grim tone is aimed at “restoring trust in government” that eroded during the Trump administration.

“If you’re trying to get people to believe in this whole system of vaccinations, and if you want people to take seriously mask mandates, your leaders have to level with the American people,” he said.

Biden said Thursday that “things are going to continue to get worse before they get better” and offered “the brutal truth” that it will take eight months before a majority of Americans will be vaccinated.

On Friday, he declared outright: “There’s nothing we can do to change the trajectory of the pandemic in the next several months.”

It’s all part of Biden’s pledge that his administration will “always be honest and transparent with you, about both the good news and the bad.”

That approach, aides say, explains Biden’s decision to set clear and achievable goals for his new administration. The measured approach is drawing praise in some corners for being realistic -— but criticism from others for its caution.

Trump often dismissed the seriousness of the virus and even acknowledged to journalist Bob Woodward that he deliberately played down the threat to the US to prop up the economy. Even as death tolls and infection rates soared, Trump insisted the country was already “rounding the turn.”

Dr. Amesh Adalja, a senior scholar at the Johns Hopkins Center for Health Security, said Biden’s pledge for 100 million vaccinations in his first 100 days in office might fall short of what’s needed to turn the tide on the virus.

“Maybe they’re picking a number that’s easier to achieve, rather than the number that we need to achieve. I would urge people to be bolder than that,” he said.

Adalja argued that the goal they’ve set “should be the bare minimum that we accept.” But he also acknowledged that there’s a major political risk in overpromising.

“You don’t want people to be discouraged or feel like the government is incompetent” if they fail to meet a goal, he said.

Biden on Friday acknowledged the criticism, saying he was hopeful for more vaccinations, but he avoided putting down a marker that could potentially fall out of reach.

“I found it fascinating that yesterday the press asked the question, ‘Is 100 million enough?’” he said in the State Dining Room. “A week before, they were saying, ‘Biden, are you crazy? You can’t do 100 million in 100 days.’ Well, we’re — God willing — not only going to 100 million. We’re going to do more than that.”

In fact, while there was some skepticism when Biden first announced the goal on Dec. 8, it was generally seen as optimistic but within reach.

The Biden administration might be taking lessons from the earliest days of the Obama administration, when there was constant pressure to show real progress in turning around the economy during the financial crisis.

One former Obama administration official, who spoke on condition of anonymity to speak freely about internal conversations, said there was a fevered effort during the first few months of Obama’s first term to play down the focus on evaluating the president’s success within his first 100 days because aides knew the financial recovery would take far longer than that.

In one notable misstep, Obama’s National Economic Council chair, Christina Romer, predicted that unemployment wouldn’t top 8% if Congress passed the administration’s stimulus package to address the financial crisis. It was signed into law a month into Obama’s first term, but by the end of that year, unemployment nevertheless hit 10 percent.

The risk in setting too rosy expectations is that an administration might become defined by its failure to meet them. President George W. Bush’s “Mission Accomplished” speech in 2003 — at a time when the Iraq War was far from over — became a defining blunder of his presidency.

Trump provided an overreach of his own in May 2020, when he said the nation had “prevailed” over the virus. At the time, the country had seen about 80,000 deaths from the virus. This week, the US death toll topped 412,000.

Trump’s lax approach and lack of credibility contributed to poor adherence to public safety rules among the American public.

Former Health and Human Services Secretary Kathleen Sebelius said Trump’s handling of the virus caused so much damage to public perceptions of its severity that it’s important for Biden to set a contrasting tone.

“I think it is really important to start telling the American people the truth. And that has not happened in a year, since we found the first case of coronavirus, so he’s got a lot of damage to undo,” she said.

“This is a very serious, very contagious, deadly disease, and anything other than that message — delivered over and over again — is, unfortunately, adding to the willingness of lots of people to pay no attention to how to stop the spread of the disease.”

By ALEXANDRA JAFFE and ZEKE MILLER

These were the details of the news Biden’s early approach to virus: Underpromise, overdeliver for this day. We hope that we have succeeded by giving you the full details and information. To follow all our news, you can subscribe to the alerts system or to one of our different systems to provide you with all that is new.

PREV Controversy as French city allows women to wear 'burkinis' in swimming pools
NEXT Human rights must be at heart of solution to Sri Lanka crisis: UN coordinator