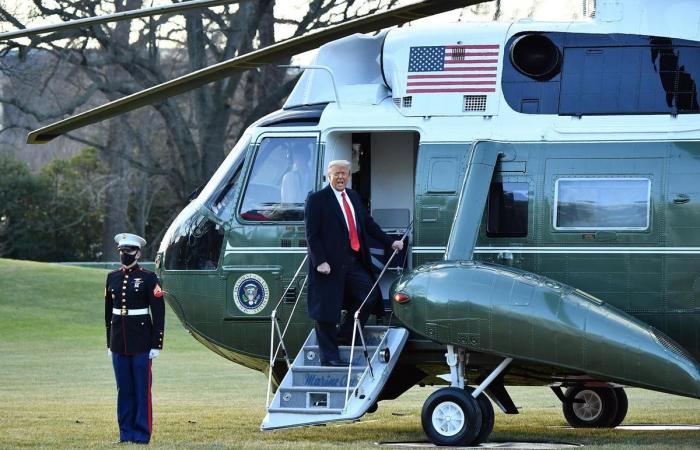 The moment when Donald Trump’s indictment will be transmitted remains secret for the moment, announced Democratic Speaker of the House of Representatives Nancy Pelosi.

The Democratic Speaker of the House of Representatives Nancy Pelosi refused to indicate Thursday when she intended to transmit to the Senate the indictment of Donald Trump for inciting “insurrection”, an imperative step for the opening of a second historic impeachment trial of the former US president.

“It will be shortly. I don’t think it will be long, but we have to do it, ”the Democrat explained at her weekly press conference.

Donald Trump on January 13 became the first president in US history to be indicted twice by the Democrat-controlled House.

More than 230 Democrats, but also ten Republicans voted in favor of this “impeachment”, accusing the billionaire of having incited his supporters to storm the Capitol on January 6.

The Senate, which has just come under Democratic control, must now organize an impeachment trial but negotiations are continuing on its form and duration.

“I will not tell you when” the indictment will be sent to the upper house, said Nancy Pelosi. “We had to wait until the Senate was in session. They have now informed me that they were ready to receive him, but questions (remain) about the organization of the trial. ”

“We are ready” on the House side, said Nancy Pelosi. This trial threatens in particular to hamper the first days of Joe Biden’s mandate by monopolizing all the activity of the Senate at the same time when the new president hopes to pass his first laws.

“I will speak to the House prosecutors charged with laying the charge” to find out when the Senate is ready for a trial, “said Nancy Pelosi.

If a handful of Republicans have been very critical of Donald Trump in this case, the outcome of an impeachment trial is still very uncertain.

Denying his defeat to Joe Biden in the November election, the real estate mogul had, on January 6, made a speech in front of the White House, when Congress voted to certify this result.

“You will never take back our country by being weak. You must show strength and you must be strong, ”he said to his supporters, calling on them to march“ peacefully and in a patriotic manner ”.

Protesters soon after invaded the Capitol in an unprecedented assault, which left five people dead.

These were the details of the news United States – Trump impeachment: no date yet for Senate trial for this day. We hope that we have succeeded by giving you the full details and information. To follow all our news, you can subscribe to the alerts system or to one of our different systems to provide you with all that is new.