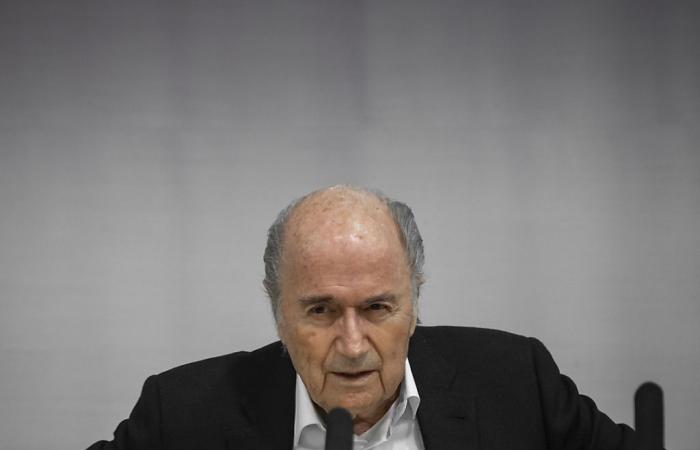 The MPC filed earlier this month a case against Sepp Blatter.

The former president of FIFA was suspected of having charged the federation with a private jet flight carried out in 2007 by Jack Warner, representative of Trinidad.

Confirming information from the daily Le Monde reported by AFP, the Public Ministry of the Confederation (MPC) indicates that the decision was taken in January after the end of the investigation.

The investigation focused on an invoice for $ 365,000 for a theft from Jack Warner. Banned from FIFA for corruption, the Trinidadian is indicted in the United States.

The classification order is not yet final.

The MPC did not indicate the reasons for this classification, which follows that in May 2020 of a case of television rights awarded by FIFA in 2005 to the Caribbean Football Union, then headed by Jack Warner. ‘An appeal has been filed against this classification order and it is now up to the Complaints Court of the Federal Criminal Court to rule on this subject,’ the MPC said in a press release.

Three investigations remain against the former president of FIFA, that is to say the controversial payment of 2 million francs to Michel Platini – then president of UEFA – in 2011. This operation is worth to the two men to be prosecuted for unfair management, swindle and breach of trust.

Since 2020, the MPC has also been investigating a loan of $ 1 million granted in 2010 by FIFA to the Football Federation of Trinidad and Tobago, then chaired by Jack Warner. Finally, FIFA filed a complaint last December against its former president for criminal mismanagement, because of the football museum project in Zurich, which was to cost 500 million francs.

Sepp Blatter, tested positive for Covid-19 in November, has been hospitalized since December after a heart operation. His condition is improving ‘little by little’ and he should stay ‘another two weeks’ in the hospital, according to a spokesperson for the establishment quoted by AFP.

These were the details of the news MPC files proceedings against Sepp Blatter for this day. We hope that we have succeeded by giving you the full details and information. To follow all our news, you can subscribe to the alerts system or to one of our different systems to provide you with all that is new.