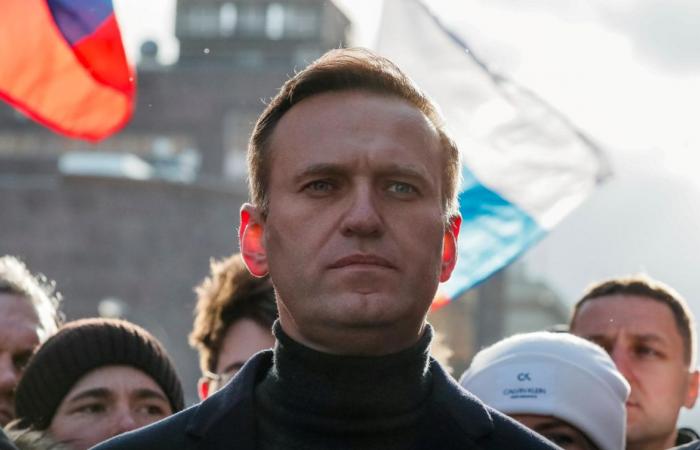 Mohamed Nass - Cairo - Even locked up in a detention center on the outskirts of Moscow, Kremlin critic Alexey Navalny continues to be a thorn in Russian President Vladimir Putin’s side.

Late Tuesday, which marked the opposition leader’s first day at the infamous Matrosskaya Tishina facility, his team dropped a colossal investigation into the President’s wealth, offering Russians to take look into what they allege is “Putin’s palace” on the Black Sea.

Navalny and his Anti-Corruption Foundation (FBK) called the report their “biggest investigation yet.” It contains allegations of vast corruption schemes related to what they say is Putin’s property estimated to be worth around $1.4 billion.

CNN is not independently able to verify the FBK’s claims. Putin’s spokesperson Dmitry Peskov denied the Russian leader was linked to the estate on Tuesday.

“They are repeating the old story. It was the year of 2017 or 2016, if I’m not mistaken, that the first time it was mentioned there should be the so-called palace of Putin in Gelendzhik. This is not true. There is no palace, he is not an owner of any palace,” Peskov told CNN.

“Those are all rumors and there were some disputes between the owners of those premises but they really have no connection with President Putin.”

The existence of the property was first reported over a decade ago when a businessman Sergey Kolesnikov published an open letter with various documents urging then-President Dmitry Medvedev to “stop the corruption” that funds the construction of the alleged palace.

But Navalny’s new investigation, which he says he thought of while getting treated at the Berlin Charite clinic, purports to show the scale of the estate and expose dubious financial schemes behind the grand project.

The report and an almost two-hour-long documentary film also offer a more comprehensive look inside the palace. FBK says a subcontractor involved in construction handed over detailed plans of the building along with itemized lists of purchased furniture and samples of floor patterns. The group then used these documents and photos obtained from construction workers to create 3D-models of the interiors.

“This is like a state within a state where one irremovable czar rules,” Navalny says in the documentary. “It is built in a way that no one can reach it by land, sea or air, thousands of people working there are banned from bringing even a simple cell phone with a camera… but we will take a look inside.”

According to the plans, the 17,691-square-meter castle features 11 bedrooms, several living rooms and dining halls, a private theater, a movie theater, a Las Vegas style casino, two spas and a hammam, a bakery, and a “dirt room” with an unknown purpose. The rooms, adorned with velvet and lush carpets, feature marble floors, columns, and intricate ceiling decorations made to resemble St. Petersburg royal palaces.

A separate part of the report is dedicated to descriptions of staggeringly expensive furniture made to order by a luxury Italian brand, including a $56,000 table and a $27,000 sofa.

Described on the FBK site as “the most controversial room in Putin’s palace,” the plan also features a hookah lounge with what appears to be a dancer’s pole.

As the Navalny site sarcastically states: “On the plan it is designated as a ‘hookah room.’ And all would be fine, but there is not a single window in that room, but for some reason there is a stage, a dressing room, spotlights, and something very similar to a pole drawn on the plan. We thought for a long time what it could be. Perhaps they make giant shawarmas there… Or it’s a training ground for firefighters.”

Navalny’s Anti-Corruption Foundation says the castle’s costs have skyrocketed due to constant renovations, according to interviews with people who worked at the site. The house initially had critical issues with the ventilation system and humidity levels, which led to many rich interiors being destroyed due to mold, according to the FBK’s probe.

FBK says the property surrounding the palace itself is estimated to occupy 68 hectares but adds that the actual estate is likely about 100 times bigger, with a large adjacent plot of land that allegedly belongs to the Federal Security Service, or the FSB, as a buffer to the estate.

According to the drone videos shot by FBK, the estate features a private hockey rink, personal church, amphitheater, and a 2,500-square-meter greenhouse. The territory is heavily guarded with multiple checkpoints leading up to it; the plot of land itself is listed as a no-fly zone, per FBK.

The territory boasts sprawling vineyards where classical music is played around the clock, apparently to help the grapes mature, according to members of the vineyard association for the region who heard the music playing during a tour of the estate, the FBK says. Bathrooms at a processing facility in the vineyard are reportedly equipped with an $850 Italian toilet brush and a $1,250 toilet paper holder.

Navalny claims that wine-making is Putin’s “very expensive hobby” and the Russian President serves this wine to his friends: “He drinks it with his friend from China, Xi Jinping, and, under the same chardonnay, discusses ‘deeper integration’ with [Belarusian President Alexander] Lukashenko,” according to pictures of menus he says were served during official receptions.

Navalny also claims to have uncovered a convoluted scheme to finance the property and other personal expenses of the President. The report claims that Putin, at the beginning of his presidency, struck a deal with Russian oligarchs and wealthy businessmen to “donate” some of their income to an investment firm. But 35 percent of those donations would then go to a special offshore Swiss bank account of a Belize-registered company, Navalny claims. Reuters previously reported on the financial web around the Black Sea property in 2014.

Navalny, who was faced with the choice of fading into obscurity as an émigré or returning to Russia and being almost certainly jailed on arrival, chose the latter option.

He was detained in a Moscow airport late Sunday moments after arriving from Germany, where he spent five months recovering from Novichok poisoning he blamed on the Russian government. The Kremlin repeatedly denied any involvement.

The next morning Navalny faced an unexpected hearing where the judge ordered him to be placed in custody for 30 days. He now awaits trial to determine whether he violated the terms of his suspended sentence in a 2014 embezzlement case he says was politically motivated.

Following the verdict on his detention, Navalny’s team announced a nationwide demonstration this weekend, and the report is seen as a way to draw more Russians to the streets.

“Most of all, I want that the same kind of anger that burns in me burns in the people who watch this video,” Navalny’s spokesperson Kira Yarmysh tweeted. “Putin is robbing my country, imprisoning my friends, he is a murderer. And I want to fight back. Moscow, Pushkin Square… I’ll be there. I hope to see you there too.”

In less than a day, the documentary has eclipsed 25 million views on YouTube and is looking to overtake the report into the wealth of Medvedev, and Navalny’s investigations into his own poisoning.

The documentary showing Medvedev’s mansion, among other things, was viewed more than 37 million times and led to several mass protests across Russia. At the time the Kremlin called calls for protest illegal and Medvedev dismissed the report as “nonsense.” The demonstrations ended in mass detentions; in Moscow alone around 1,000 people were arrested.

These were the details of the news Navalny releases investigation into decadent billion-dollar ‘Putin palace’ for this day. We hope that we have succeeded by giving you the full details and information. To follow all our news, you can subscribe to the alerts system or to one of our different systems to provide you with all that is new.

PREV UK and others agree to fast-track adapted Covid vaccines
NEXT Trump, returning to political stage, flirts with 2024 run 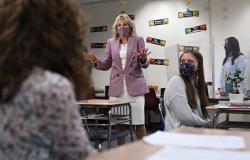 Jill Biden sees teachable moment in the depths of a pandemic 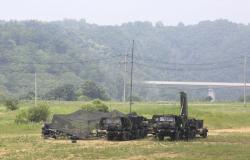 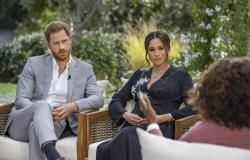 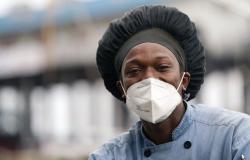