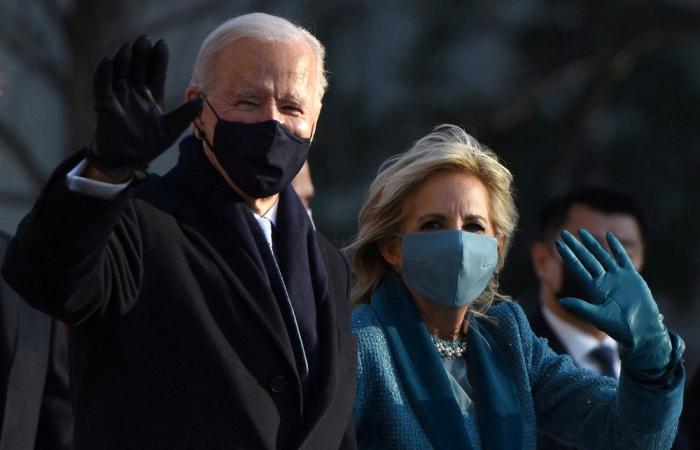 WASHINGTON, Jan 21 ― As Joe Biden led the United States back into the Paris Agreement on climate change, after taking office today, diplomats and green groups breathed a collective sigh of relief ― before urging him to step up cuts to US emissions.

Soon after his inauguration, Biden signed an executive action, among others, to begin rejoining the 2015 climate pact, reversing a decision by climate-change skeptic Donald Trump.

The process to re-enter the international accord takes a month, meaning the United States will only officially have been out of the deal for a short time, since exiting in November.

But Trump's hostility to the UN climate process and his support for polluting fossil fuels have left Biden's team a lot of catching up to do at home and abroad, policy analysts said.

“Rejoining the Paris Agreement is really the floor, not the ceiling, for the Biden administration on climate,” said Jennifer Morgan, CEO of Greenpeace International.

If the US government then moves to help drum up more global ambition to curb rising temperatures, it must be done in a spirit of “partnership and humility, not coming back in and telling everyone what they should be doing”, Morgan said.

Rachel Cleetus, climate and energy policy director for the Union of Concerned Scientists (UCS), said there would be a number of opportunities in 2021 for Biden to help advance “a progressive climate agenda” on the world stage.

Those include the G7 and G20 leaders' summits, and the UN climate talks in November.

Biden and his international climate envoy John Kerry should also pursue meetings with other major emitters - as Biden has indicated he will do - “to solidify ways to collectively tackle the climate crisis head-on”, she said in a statement.

Former United Nations Secretary-General Ban Ki-moon, who led the world body when the Paris deal was adopted, said he was “delighted” Biden had committed to bringing his country back into what Ban called “the peace pact with the planet”.

Trump's vow to leave it, first made in 2017, had acted like a “cold shower” for the global agreement, Ban told journalists.

The US re-entry would “help mobilise and resuscitate” political will among global leaders, business and civil society to implement the accord faster, he added.

One key task for Washington, after re-entering the Paris climate deal, will be to set a US emissions reduction target for 2030 and produce a stronger national climate action plan.

Signatories to the Paris accord were meant to submit updated plans to cut emissions and adapt to worsening extreme weather and rising seas by the end of 2020 - but due to delays caused by the pandemic only about 70 have done so.

The rest of the plans are expected to be delivered by the time of the postponed COP26 UN climate conference, set to be hosted by Britain in November.

The good news for Biden is that support for climate action is growing among the US electorate.

A December survey of nearly 950 registered voters across the political spectrum found 75 per cent supported US participation in the Paris accord.

Last week, the Rhodium Group of researchers and analysts said US greenhouse gas emissions fell 10.3% in 2020, the largest drop in the post-World War II era, as coronavirus crippled the economy.

But it warned the dip was not a clear indication that the United States could meet its more ambitious pledge under the Paris Agreement, to cut emissions 28 per cent below 2005 levels by 2025.

Biden has said he plans to set the country on a path to net-zero emissions by 2050, something a growing number of major economies are now promising to do.

But he will first need to announce an emissions-cutting target for 2030 ― one experts say must be in the order of 50 per cent below 2005 levels to give the world a chance of holding global temperature rise to 1.5 degrees Celsius, the lower Paris goal.

Youth activists and some green groups have called for even more ambitious targets, saying the United States should aim to reach net-zero emissions by 2040 if it is to do its “fair share” to fight climate change.

“The United States is the second-largest emitter of carbon emissions from fossil fuels annually and the largest source of cumulative emissions to date. Yet for decades it has not done its fair share to rein in emissions,” said Cleetus of the UCS.

Dipti Bhatnagar, coordinator of climate justice and energy programs for Friends of the Earth International, said high-carbon lifestyles in the United States had contributed to “untold suffering” for families in the developing world.

“The livelihoods and dignity of billions of people who didn't create the climate crisis require the Biden administration to take immediate and far-reaching climate action, driven by justice, equity and science.”

Climate finance experts want Biden's government to make good on a promise to the Green Climate Fund, which helps developing nations adopt clean energy and adapt to a warmer world.

Trump refused to deliver US$2 billion (RM8.09 billion) of an earlier pledge to the fund ― and campaigners are now hoping to see this money come through, as well as increased finance for poorer nations to develop cleanly and build their resilience to climate impacts.

Greenpeace's Morgan said the United States should commit in its new climate action plan not to back further development of dirty energy ― coal, oil or gas ― both on its own territory and overseas.

“Fossil fuels are like weapons of mass destruction - they need to be kept in the ground,” she said. ― Thomson Reuters Foundation

These were the details of the news Biden's return to Paris pact just a first step for US climate action for this day. We hope that we have succeeded by giving you the full details and information. To follow all our news, you can subscribe to the alerts system or to one of our different systems to provide you with all that is new.