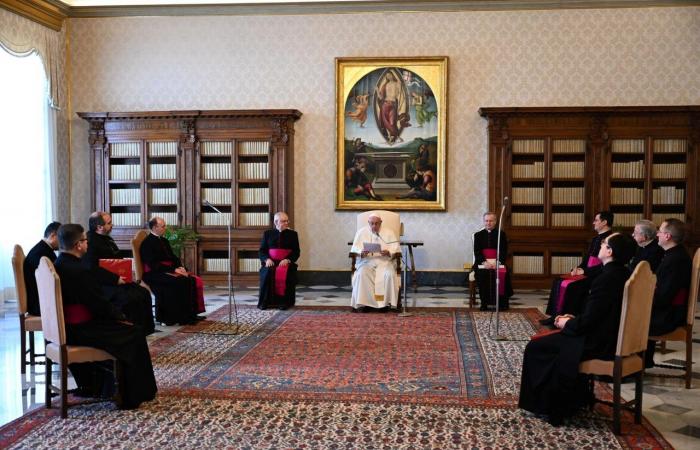 The Treaty on the Prohibition of Nuclear Weapons goes into effect on Friday and has been signed by 86 states, according to the International Campaign to Abolish Nuclear Weapons, which won the Nobel Peace Prize in 2017.

“I strongly encourage all states and all people to work with determination to promote the conditions necessary for a world without nuclear weapons, thus contributing to the advancement of peace and multilateral cooperation, which humanity needs so very much today,” Francis said, mentioning the treaty during his weekly general audience.

The United States, Britain, France and other nuclear powers have not signed the treaty and boycotted talks that led to it.

During a visit in 2019 to Nagasaki, one of the only two cities hit by atomic bombs in history, Francis said the mere possession of nuclear weapons, even for the purpose of deterrence, was “perverse” and indefensible.

These were the details of the news Pope urges more nations to join UN treaty banning nuclear weapons for this day. We hope that we have succeeded by giving you the full details and information. To follow all our news, you can subscribe to the alerts system or to one of our different systems to provide you with all that is new.