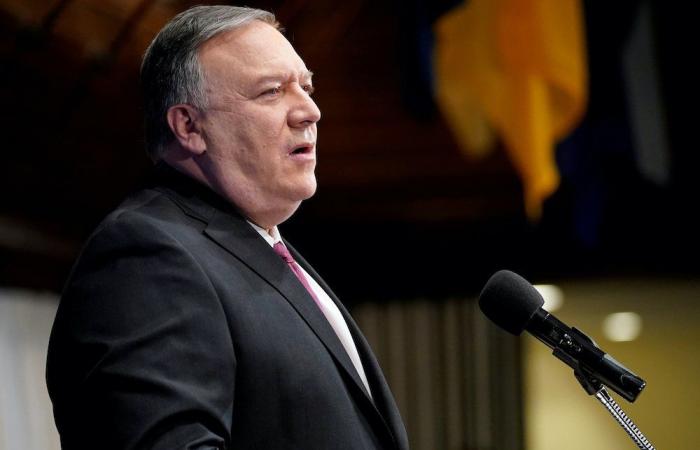 Thank you for reading the news about US says China committed ‘genocide’ against Uighur, minority groups in Xinjiang and now with the details

Jeddah - Yasmine El Tohamy - WASHINGTON: The US declared Tuesday that China is carrying out genocide against the Uighurs and other mostly Muslim people, with Secretary of State Mike Pompeo dramatically raising pressure over Beijing's sweeping incarceration of minorities on his last full day in office.
“I believe this genocide is ongoing, and that we are witnessing the systematic attempt to destroy Uighurs by the Chinese party-state,” Pompeo said in a statement.
“We will not remain silent. If the Chinese Communist Party is allowed to commit genocide and crimes against humanity against its own people, imagine what it will be emboldened to do to the free world, in the not-so-distant future,” he said.
Pompeo's vociferous criticism of Beijing has been a hallmark of his tenure but he has earlier danced around directly alleging genocide, saying repeatedly that the treatment of Uighurs was reminiscent of Nazi Germany's policies.
Pompeo urged all international bodies including courts to take up cases over China's treatment of the Uighurs and voiced confidence that the US would keep raising pressure.
Rights groups believe that at least one million Uighurs and other mostly Muslim Turkic-speaking Muslims are incarcerated in camps in the western region of Xinjiang.
Witnesses and activists say that China is seeking to forcibly integrate the Uighurs into the majority Han culture by eradicating Islamic customs, including by forcing Muslims to eat pork and drink alcohol, forbidden by their faith.
China denies wrongdoing and contends that its camps are vocational training centers meant to reduce the allure of Islamic extremism in the wake of attacks.
Unlike many decisions by Pompeo seen as boxing in President-elect Joe Biden, the genocide declaration could be welcomed by the new administration.
Biden himself had accused outgoing president Donald Trump of not doing enough on human rights in China, with his campaign in August using the term genocide when describing the “unspeakable oppression” of the Uighurs and other minorities.
Pompeo's declaration means that the Biden administration could stand by the genocide declaration while potentially finding areas of cooperation with China without facing Beijing's anger for issuing the statement.
Janet Yellen, Biden's nominee to be treasury secretary, in her confirmation hearing Tuesday vowed to use the “full array of tools” against China of trade and other purported abuses.
The Trump administration has already taken a number of steps to pressure China over its treatment of the Uighurs, including blocking all imports of cotton from Xinjiang -- one of the major global producers of yarn used in textile manufacturing.
Successive US administrations have been cautious about using the term genocide, mindful of legal implications at home and abroad.
George W. Bush's administration described Sudan's scorched-earth campaign in Darfur as genocide, while Barack Obama's administration said likewise about Daesh extremist group's mass killings, rape and enslavement of Christians, Yazidis and other religious minorities.
Lawmakers across the political spectrum have called on the US to declare that China is carrying out genocide against the Uighurs, saying that evidence was increasingly clear.
Representative Michael Waltz, a Republican, praised Pompeo's declaration as acknowledging reality and said it “serves notice to the rest of the world in how they should deal with the Chinese Communist Party.”
In a study last year, German researcher Adrian Zenz found that China has forcibly sterilized large numbers of Uighur women and pressured them to abort pregnancies that exceed birth quotas. China denied the account, saying that Uighur women were breaking free from “extremism” by using contraception.
Pompeo in his statement called on China to “abolish its system of internment, detention camps, house arrest and forced labor” and “cease coercive population control measures, including forced sterilizations, forced abortion, forced birth control, and the removal of children from their families.”
He also urged China to “end all torture and abuse” in custody and allow Uighurs and other minorities to emigrate.

These were the details of the news US says China committed ‘genocide’ against Uighur, minority groups in Xinjiang for this day. We hope that we have succeeded by giving you the full details and information. To follow all our news, you can subscribe to the alerts system or to one of our different systems to provide you with all that is new.