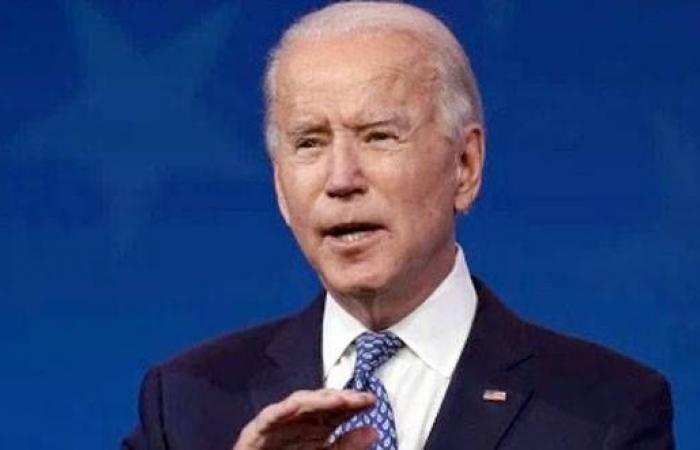 Hind Al Soulia - Riyadh - WASHINGTON — President-elect Joe Biden will take office Wednesday with high expectations and largely positive reviews of how he has handled the transition, according to a new CNN Poll conducted by SSRS. But those rosy assessments of Biden come as negative perceptions of how things are going in the United States are at the highest level since 2009.

Biden will take office with a store of goodwill in his corner: Two-thirds of Americans approve (66%) of the way Biden is handling the presidential transition, and his favorability rating has climbed 7 points compared with a pre-election poll in October (59% view him favorably now, compared to 52% then).

The public is less positive about the way the rest of elected Washington is handling the transition. Most disapprove of President Donald Trump's combative handling of the time since the election (70% disapprove), and his fellow Republicans in Congress earn similarly negative reviews (66% disapprove). About half (51%) approve of the way Democrats in Congress have handled it.

Once Biden is sworn in and the results of Georgia's Senate runoffs are certified, the Democrats will control the presidency, the House and the Senate. Most Americans say single-party control will be good for the country (53%), more than those that said the same about Republican control of the presidency and Congress following the 2016 election (49%), but fewer than those that felt that way about Democratic control after 2008 (59%).

Most say it is likely that Biden will achieve several key goals, including signing into law another coronavirus stimulus bill (83% say that is very or somewhat likely), restoring relations with US allies (74%), ensuring that 100 million doses of the coronavirus vaccine are administered by the 100-day mark of his presidency (70%) and establishing a government-run health insurance option that anyone could purchase (64%).

But there is skepticism that he will be able to ease political divisions in the country (53% say that is unlikely). And the Republicans to whom Biden would need to appeal to in order to succeed are the most likely to say it will not work (88% unlikely).

The poll shows that views of Biden himself start out sharply polarized, with as large a partisan gap in expectations for his presidency as Trump faced at the start of his term in 2017, and drastically larger than the partisan divide in expectations for Barack Obama before he took office.

But among Republicans, the share expecting Biden to do a good job as president is 40 points lower than the share who said the same about Obama (57% of Republicans said Obama would do a good job, while 17% say Biden will).

Favorability ratings for the incoming vice president, Kamala Harris, are higher than they have been at any point in CNN's polling on her. Overall, 51% have a favorable opinion, 39% an unfavorable one. Opinions on Harris are also split by party, with 90% of Democrats saying they have a favorable view of her vs. 9% of Republicans.

Jill Biden's favorability rating is largely positive and about as high as her husband's (58% have a favorable opinion of the soon-to-be first lady) with 28% expressing a negative view of her.

As was true during last year's presidential campaign, Democrats and Republicans are living in completely different worlds when asked what the biggest problems are in the country today.

Majorities across parties, though, say things in America today are going poorly: 77% say so overall, including 91% of Democrats, 77% of independents and 61% of Republicans. That's the largest share saying things are going poorly in CNN polling since April 2009. — CNN

These were the details of the news Biden's favorability on rise as many Americans think he's handling transition well for this day. We hope that we have succeeded by giving you the full details and information. To follow all our news, you can subscribe to the alerts system or to one of our different systems to provide you with all that is new.