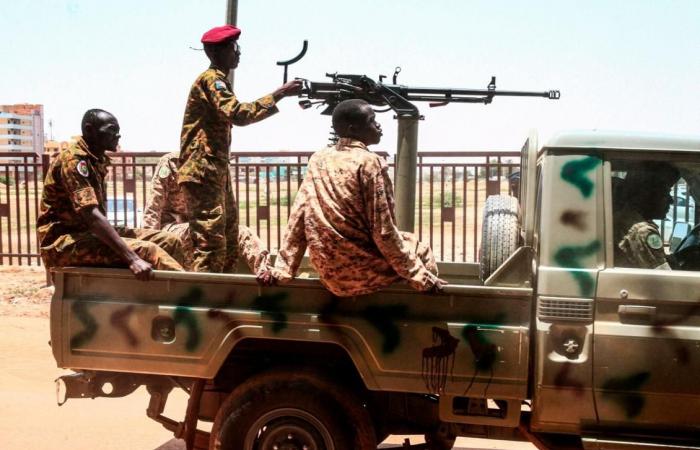 Jeddah - Yasmine El Tohamy - KHARTOUM: A heavy Sudanese troop presence helped restore calm Tuesday in the Darfur region, local sources said, after three days of inter-ethnic violence which claimed at least 155 lives and displaced tens of thousands.
The transitional government in the capital Khartoum has deployed military units to the remote region, where the recent end of a joint United Nation and African Union peacekeeping mission raised fears of more bloodshed.
Violence erupted Saturday between Arab nomads and members of the non-Arab Massalit ethnic group in El Geneina, the capital of West Darfur, killing at least 100 people and wounding more than 130, said state governor Mohamed Abdalla Al-Douma.
The clashes prompted some 50,000 people to flee areas in and around a camp for internally displaced people (IDPs) who were driven from their homes in previous conflicts, said aid group Save the Children.
Authorities in West Darfur have imposed a statewide curfew as troops arrived there from Khartoum and other parts of Sudan to restore order.
“There have been no clashes since Sunday, but there were incidents of looting, especially of houses and farms of people living at the Kerindig IDP camp,” Douma told AFP.
“The situation is calm in the state as security forces have spread in and around the city of El Geneina and Kerindig.”
Douma said houses were burned and farm produce stolen in villages near El Geneina, but added that “we sent security to surround these villages and they are now secure.”
Separate clashes on Monday in South Darfur between members of the Fallata ethnic group and the Arab Rizeigat tribe killed at least 55 people and wounded 37.
A heavy troops presence has also restored order there, the official SUNA news agency reported.
Tribal leader Mohamed Saleh told AFP by phone that “the situation is calm today in our village in South Darfur. There are no clashes.
But he said people were “tense, fearing the renewed outbreak of violence.”
Among those killed in Saturday’s violence in West Darfur was Sayid Ismail Baraka, an American citizen from Georgia whose family fled a conflict that had devastated Darfur in 2003.
His brother, Usumain, told AFP that Sayid had been visiting family when violence broke out.
“He was shot and killed in front of his family by militants who entered his home” in El Geneina, Usumain said.
The 2003 conflict in the vast and impoverished western region of Darfur killed some 300,000 people and displaced 2.5 million, according to the United Nations.
It had flared when ethnic minority rebels rose up against dictator Omar Al-Bashir’s Arab-dominated government. Khartoum responded by unleashing a notorious Arab-dominated militia known as the Janjaweed from among the region’s nomadic tribes.
Bashir was ousted by huge pro-democracy protests in April 2019, and the country has been in a rocky transition ever since, with a stand-in government trying to stabilize Sudan’s conflict-torn south and west.
Bashir himself is on trial over the Islamist-backed 1989 coup that brought him to power, and is also wanted by the International Criminal Court on charges of genocide and war crimes in Darfur.
Fighting in the region has subsided over the years, but Darfur still sees occasional ethnic and tribal clashes, usually over land and water disputes between semi-nomadic Arab pastoralists and settled non-Arab farmers.
The latest violence came after the United Nations and African Union peacekeeping mission, UNAMID, ended its 13 years of operations in Darfur on December 31.
Darfuris had protested the blue helmets’ departure citing fears of renewed violence.
UNAMID plans a phased withdrawal of its 8,000 or so armed and civilian personnel within six months.

These were the details of the news Sudan troops deployed in Darfur after clashes kill 155 for this day. We hope that we have succeeded by giving you the full details and information. To follow all our news, you can subscribe to the alerts system or to one of our different systems to provide you with all that is new.