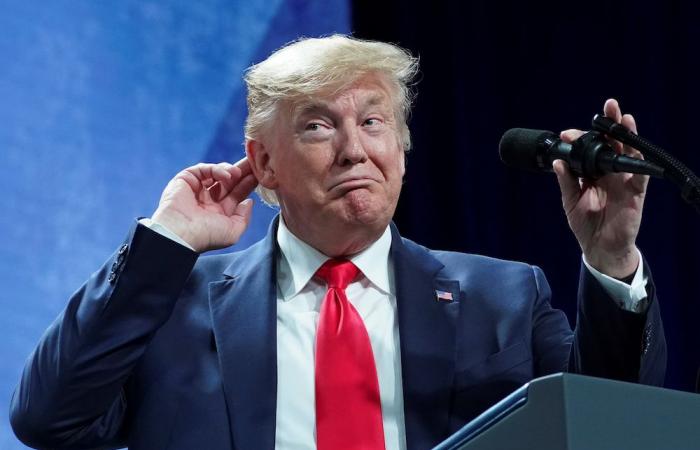 WASHNGTON, Jan 16 — US authorities carried out the 13th and final federal execution of Donald Trump’s presidency today, media reports said, less than a week before the White House is taken over by Democrat Joe Biden, who opposes the death penalty.

Dustin Higgs, a 48-year-old Black man, was executed by lethal injection at the federal penitentiary in Terre-Haute in Indiana hours after the US Supreme Court rejected a stay of execution, the New York Times reported.

Higgs was pronounced dead at 1:23 am local time, the Times said, citing a statement from the Federal Bureau of Prisons.

In January 1996, Higgs invited three young women to his apartment near the capital Washington, along with two of his friends. When one of the young women rebuffed his advances, he offered to drive them home but instead stopped in an isolated federal nature reserve outside the city.

According to the Department of Justice, he then ordered one of his friends to shoot the three women. In 2000, he was sentenced to death for kidnapping and murder. The man who pulled the trigger was sentenced to life imprisonment with no chance of parole.

“It is arbitrary and inequitable to punish Mr Higgs more severely than the actual killer,” said Higgs’ lawyer Shawn Nolan, in a plea for clemency addressed to President Trump at the end of January.

But the Republican president, a staunch defender of the death penalty, did not follow up. On the contrary, his administration fought in court to be able to proceed with the execution before he leaves the White House next week.

A court had ordered a stay of execution on the grounds that Higgs contracted Covid-19 and that, with his damaged lungs, he would likely suffer cruelly at the time of an injection of pentobarbital.

The Department of Justice immediately appealed and won the case.

The final bid to halt the execution then went before the Supreme Court, whose conservative majority — firmly established by Trump appointees — has systematically given the green light to federal executions since the summer.

‘This is not justice’

The Trump administration resumed federal executions in July following a 17-year hiatus, carrying them out at an unprecedented rate.

Among the 12 people put to death since then was, for the first time in nearly 70 years, a woman — Lisa Montgomery, executed Tuesday despite doubts about her mental health.

At the same time, states postponed all executions to avoid spreading the virus.

“This is not justice,” wrote Justice Sonia Sotomayor in a dissenting note to Friday’s decision by the Supreme Court. “After waiting almost two decades to resume federal executions, the Government should have proceeded with some measure of restraint to ensure it did so lawfully.”

“When it did not, this Court should have. It has not. Because the Court continues this pattern today, I dissent.”

President-elect Biden, who will be sworn in on Wednesday, has vowed to work with Congress to try to abolish the death penalty at the federal level.

Democratic lawmakers on Monday introduced a bill to that effect and since their party has regained control of the Senate, it stands a chance of being adopted. — AFP

These were the details of the news US carries out last federal execution of Trump era for this day. We hope that we have succeeded by giving you the full details and information. To follow all our news, you can subscribe to the alerts system or to one of our different systems to provide you with all that is new.