would closing Belgian borders be an option? 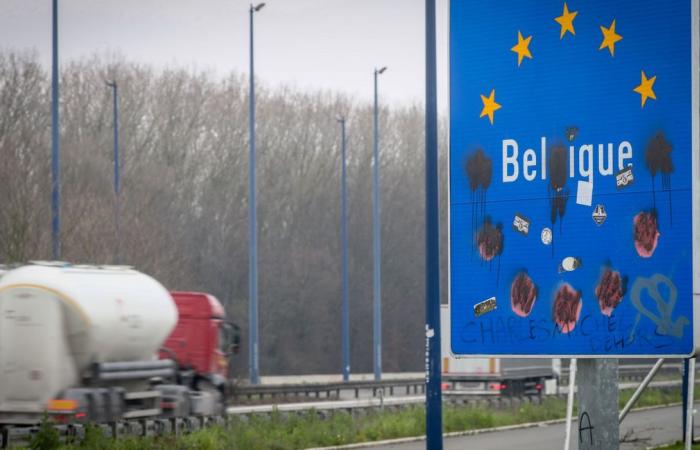 Faced with the Covid-19 epidemic and with the arrival of variants of the virus, such as the British variant or the South African variant, what additional measures could Belgium take to stop the spread of the epidemic on the territory? Is closing borders an option? Would it be practicable?

During the first wave, some European countries closed their borders

In the spring of 2020, when the Coronavirus epidemic hit Europe, the member states of the European Union often took more or less strict containment measures depending on the country.

This was the case in Italy, France, Spain and also in Belgium. In some cases, countries have decided to close their borders. The Franco-German border had been closed, except for cross-border workers.

Belgium had also experienced a partial border closure. More recently, in September, Hungary decided to close its borders, only residents of Hungary could cross it.

Since the creation of the Schengen Area, the European Union has been a large territory where free movement is guaranteed. The borders of this space are external borders. The borders between the countries which constitute this space have been abolished.

Nevertheless, states can close their national borders. This is provided for by the “Schengen Borders Code” which authorizes a state in a strictly regulated manner to close its borders. The causes of this closure and its duration are defined. “These are Articles 23 et seq. Article 23 tells us that if there are serious threats to public order and internal security, a state can reintroduce border control for a maximum period of 30 days. or for the foreseeable duration of the serious threat, if it is more than 30 days “, explains Sylvie Sarolea, Professor of International Law and Migration Law at UCLouvain. “The measure must be strictly necessary in response to the serious threat “, continues Sylvie Sarolea.

A State which decides to re-establish internal border controls cannot do so without informing the other Member States of the European Union and the European Commission. “He must explain what he is passing, justify, for example here a pandemic. He must explain where he will reintroduce the controls, but also explain where there are authorized crossing points. There is no question that everything can be to be closed”, says Sylvie Sarolea of ​​UCLU.

The “Schengen Borders Code” also aims to prevent states from taking this kind of measure in a haphazard manner. The European Commission is responsible for coordinating the measures if there are any in several states.

In October, as the second wave of the epidemic was developing in Europe, the member states of the European Union studied the issue of closing national borders. At the European Council on 29 October, the 27 Member States pledged to keep the borders open within Europe.

What is this commitment worth? It is a political agreement. It is not binding. From a legal point of view, nothing would therefore prevent a State from deciding to close its borders. It is therefore not because the Member States made a commitment at the end of October to leave the internal borders open that no new closure will take place.

“Nothing would prevent this idea of ​​closure from resurfacing for limited periods of time. Legally, it is possible “, explains Sylvie Sarolea, Professor of International Law and Migration Law at UCLouvain. Measures to close an internal border must also be taken in proportion to the threat.

There should, for example, be circumstances requiring urgent action. “It would be difficult to justify here, since it has been months since we know that the threat is there, even if the occurrence of the new variants, if there was a peak in a state could possibly require urgent action to isolate a State”, esteem Sylvie Sarolea.

In the case of Belgium, closing the borders would be difficult

Legally, it is therefore possible to envisage closing the borders of a State. It remains to be seen, from a political point of view, if it would make sense to close a border, when the epidemic can be as important on both sides of a border… It is up to the political power to decide, advised possibly by scientific experts.

On Wednesday, during the program “In your opinion”, on the front page, the question of the closure of the Belgian borders was raised. Would it be a response to the spread of the epidemic? Opinions converged to say that the outright closure of borders would be difficult to achieve. Belgians can be advised against traveling abroad. On the other hand, Belgium being a small country at the heart of Europe, it would be illusory to stop any entry into the territory.

Every day, a lot of heavy goods vehicles pass through Belgium. There is also a great deal of cross-border economic activity that we cannot prevent. Belgians go to France, Germany, Luxembourg or the Netherlands to work and nationals of these countries also cross the border to come to work in Belgium. It is therefore impossible to imagine borders impermeable to the virus.

These were the details of the news would closing Belgian borders be an option? for this day. We hope that we have succeeded by giving you the full details and information. To follow all our news, you can subscribe to the alerts system or to one of our different systems to provide you with all that is new.