Charles de Gaulle will soon return to the Eastern Mediterranean 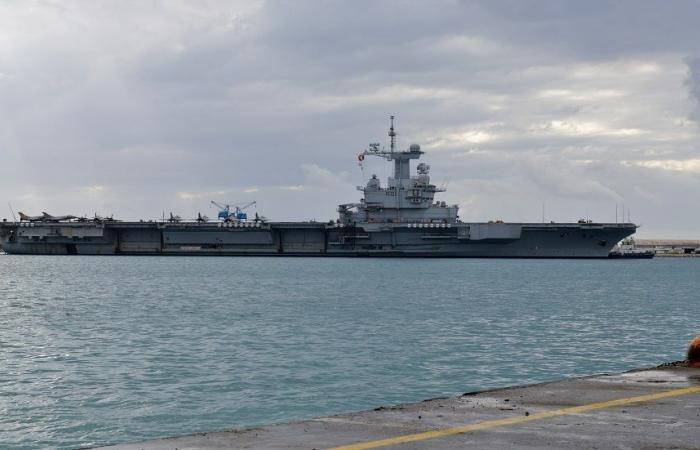 Paris announced that the French aircraft carrier “Charles de Gaulle” will carry out during the first half of this year a mission in the eastern Mediterranean and in the Indian Ocean, as part of the international coalition’s operations.

“The next mission for the aircraft carrier, Charles de Gaulle, will be to reinforce our forces participating in Operation Comprehensive,” French Defense Minister Florence Parly told the Parliamentary Defense Committee, the French part of the international military operation led by the United States against the Islamic State (ISIS) in Iraq and Syria.

“The aircraft carrier will therefore be deployed in the first half of 2021 in the Mediterranean Sea and the Indian Ocean. This commitment confirms, if necessary, our will to fight terrorism permanently and unconditionally,” she added.

This will be the first mission undertaken by the French aircraft carrier since the beginning of 2020, when nearly two-thirds of its crew were infected with the emerging coronavirus.

The minister stated that “about 900 soldiers continue to fight against ISIS as part of a comprehensive operation” of the international coalition to combat the terrorist organization.

Parley had expressed her concern about the “resurgence” of ISIS in Iraq and Syria.

The administration of the outgoing US President Donald Trump announced its intention to withdraw 500 soldiers from Iraq in mid-January, in a move that would reduce the number of US forces in this country to 2,500 soldiers.

Most of the countries participating in the international coalition against “jihadists” had withdrawn most of their soldiers from Iraq at the start of the outbreak of the Covid-19 pandemic.

These were the details of the news Charles de Gaulle will soon return to the Eastern Mediterranean for this day. We hope that we have succeeded by giving you the full details and information. To follow all our news, you can subscribe to the alerts system or to one of our different systems to provide you with all that is new.