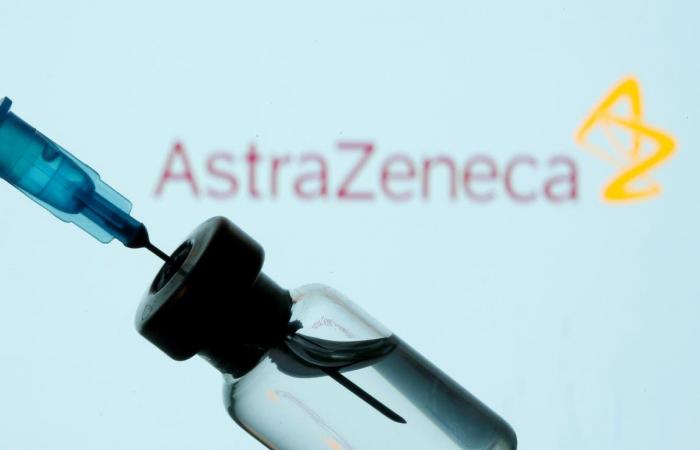 Jeddah - Yasmine El Tohamy - SYDNEY: Australian scientists have raised questions over the efficacy of the AstraZeneca COVID-19 vaccine in establishing herd immunity, calling for a pause on its widespread rollout as the country recorded one new coronavirus case on Wednesday.
The opposition to the vaccine casts a cloud over Australia’s immunization plans with 53 million doses of the AstraZeneca jab already on hand.
“The question is really whether it is able to provide herd immunity. We are playing a long game here. We don’t know how long that will take,” said Professor Stephen Turner, the president of the Australian and New Zealand Society for Immunology (ASI).
Turner added that the government must pivot toward getting more of the Moderna and Pfizer vaccines.
Experts, including Turner, cited data showing the AstraZeneca jab had 62 percent efficacy compared with over 90 percent for the Pfizer-BioNtech vaccine.
In a statement, the ASI said Turner was speaking as an expert in immunology and that the body did not advocate a pause to the rollout as widely reported by local media.
Earlier, Turner told the Sydney Morning Herald the AstraZeneca vaccine is not one “I would be deploying widely because of that lower efficacy.”
Australia has 10 million doses of the Pfizer vaccine, though neither AstraZeneca nor Pfizer have approval from the country’s drug regulator, the Therapeutic Goods Administration (TGA).
AstraZeneca did not immediately respond to an email request for comment.
Australia’s chief medical officer, Paul Kelly, attempted to thwart the concerns around its efficacy, saying the AstraZeneca jab was “effective,” “safe” and of “high quality.”
“The great advantage of the AstraZeneca vaccine is it’s being made here in Australia,” Kelly said. “It will be available as soon as the TGA gives its tick, which we expect that it will in February.”
Kelly said Australia will have more data by February as well as “real-world information” coming from London, which has already rolled out the vaccine.
Australia has been more successful than many other countries in managing the pandemic, with total infections in the country of 25 million people at about 28,600, with 909 deaths.
Its success is largely attributable to closed borders and widespread compliance with social-distancing rules, along with aggressive testing and tracing programs.
Given the low case numbers and community transmission rates, some experts say Australia could afford waiting for a more effective vaccine.
“The government needs to be flexible in its rollout decisions once we have a better understanding of the efficacy of the other vaccines,” said Adrian Esterman, chair of Biostatistics and Epidemiology at the University of South Australia.
Australia recorded one new local coronavirus cases in its most populous state of New South Wales on Wednesday.
In Queensland, hundreds of hotel quarantine guests were forced to restart their isolation after a handful of cases in the facility were linked to the highly contagious UK virus strain.

These were the details of the news Australian scientists raise doubts over AstraZeneca COVID-19 vaccine efficacy for this day. We hope that we have succeeded by giving you the full details and information. To follow all our news, you can subscribe to the alerts system or to one of our different systems to provide you with all that is new.