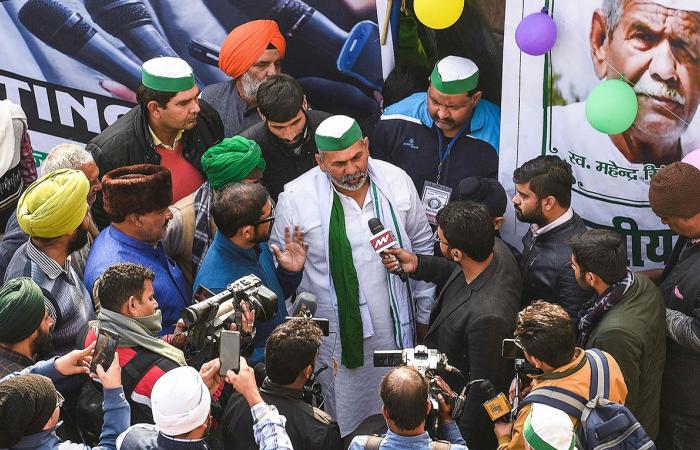 Jeddah - Yasmine El Tohamy - NEW DELHI: India’s Supreme Court on Tuesday put on hold three farm laws that have led to massive agitation by farmers in Delhi, who are demanding the repeal of the legislation, which they feel will lead to the corporatization of the farm sector.

The court formed a four-member committee headed by a former chief justice of India to look into the farm laws and submit its report to the apex court.

“We are staying the three farm laws until further orders,” Chief Justice Sharad Arvind Bobde said in his order on Tuesday.

“These are matters of life and death. We are concerned with laws. We are concerned with the lives and property of people affected by the agitation. We are trying to solve the problem in the best way. One of the powers we have is to suspend the legislation,” said Bobde, adding: “We want to solve the problem, and that’s why we are forming the committee.”

For the past 50 days, thousands of farmers and their families from different parts of the country have been holding sit-in protests, demanding the repeal of the three farm acts passed in September that they say would leave them at the mercy of corporates and stop the government from buying crops at guaranteed prices.

Farmers sell their products at wholesale markets owned by the government, which also sets the minimum support price (MSP) for grains, which is generally higher than the market price. They fear that the new laws attack the core of the traditional markets and the MSP by allowing the unregulated entry of private players in the farm sector, which employs over 50 percent of India’s population.

The government however argues that the new laws will bring greater prosperity to farmers and give greater market access to farmers’ produce.Monday’s order by the apex court has not pacified the agitating farmers.

“Our agitation will continue,” Indian Farmers’ Union leader Rakesh Tikait told reporters in Delhi on Tuesday after the court’s order.

“We are not satisfied yet, and we will not be calling off the agitation. We will not go back home until the laws are taken back,” Tikait said. The ruling Bharatiya Janata Party (BJP) hopes now that farmers will stop protesting and go back home.

“The party hopes that farmers will return home, relieve the women and children who have also been campaigning and await the report of the committee formed by the Supreme Court,” BJP Spokesman Sudesh Verma told Arab News.

The government held eight rounds of talks with different farmers’ unions but could not resolve the issue.

Verma says that “the three legislations were framed keeping the best interests of the farmers in mind. The government has been trying to accommodate their genuine concerns as well.”

Sunil Pradhan, spokesman of the protesting Indian Farmers’ Union, however, claims that the government does not want to understand the farmers’ concerns.

“Even after eight rounds of talks, the government still could not offer anything substantial. We never asked for these legislations, and the government passed the laws in a hurry under corporate pressure,” Pradhan told Arab News.

“After 48 days of protests, farmers have not attained anything with the court’s order. It is back to square one,” Panjab agriculture expert Devinder Sharma told Arab News.

He expressed doubts about the composition of the committee by the court.

“The committee the court has formed is a committee of free marketeers. The outcome of the committee is already known. We know with some amendments the committee will endorse market reforms,” Sharma said.

Political analysts say that the court order has further strengthened farmers’ resolve to fight for the repeal of the law.

“The Supreme Court, by staying the farm laws, has in a way endorsed the farmers’ position — that the laws are not in the interests of the farming community,” Professor Ronki Ram of Panjab University told Arab News.

“The farmers’ protests have assumed a political connotation, and the Supreme Court’s order has strengthened their resolve to continue agitating and demand the complete scrapping of the laws. They are not going to go back home,” Ram added.

He said that “this agitation is unique, and it won’t be easy for any political party to take farmers for granted.

“The BJP has been shown to be catering to the interests of corporate sectors and private organizations. It will have an impact on the BJP’s political fortunes,” Ram said.

These were the details of the news India’s apex court suspends controversial farm laws for this day. We hope that we have succeeded by giving you the full details and information. To follow all our news, you can subscribe to the alerts system or to one of our different systems to provide you with all that is new.