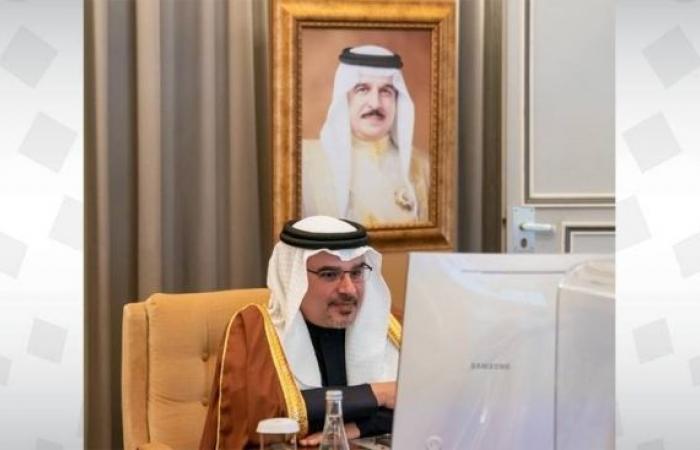 We show you our most important and recent visitors news details Bahrain Cabinet congratulates KSA on successful GCC summit, launch of ‘The Line’ project in NEOM in the following article

MANAMA — The Council on Ministers in Bahrain on Monday congratulated Saudi Arabia under the leadership of Custodian of the Two Holy Mosques King Salman and Crown Prince Muhammad Bin Salman on the success of the 41st Gulf Cooperation Council summit meeting recently hosted by the Kingdom in the historic city of AlUla.

The Cabinet also congratulated the Kingdom on the launch of "The Line" project in NEOM, which embodies the rapid development steps witnessed under the leadership of King Salman and Crown Prince Muhammad Bin Salman.

In a weekly meeting held remotely and chaired Crown Prince Salman bin Hamad Al Khalifa, who is also the country’s prime minister, the Bahraini Cabinet stressed the importance of the Bahrain International Airport expansion project in reinforcing Bahrain’s position as a primary center for logistic services and a regional travel hub.

On the occasion of the 24th anniversary of the establishment of the National Guard, the Cabinet praised the National Guard as a key component of Bahrain’s armed forces, and acknowledged its competence, readiness and dedication to service.

On the occasion of Bahraini Diplomacy Day on Jan. 14, the Cabinet praised the accomplishments of the kingdom’s diplomatic corps in enhancing Bahrain’s regional and international standings and relations through a balanced approach to foreign policy.

The Cabinet then followed up on the measures taken by Bahrain’s Ministry of Interior to assess damages suffered by seafarers affected by the actions taken by the Qatari authorities, in order to compensate them.

The Cabinet stressed that the security and safety of Bahraini citizens is a top priority and any violations against them are rejected. The Cabinet directed the Ministry of Interior to undertake all necessary processes toward releasing all citizens detained by Qatar.

The Bahraini Cabinet offered its condolences to the government and people of Indonesia and to the families of the victims of the fatal passenger airplane crash and expressed the kingdom’s sympathy toward all affected by this tragic accident.

These were the details of the news Bahrain Cabinet congratulates KSA on successful
GCC summit, launch of ‘The Line’ project in NEOM for this day. We hope that we have succeeded by giving you the full details and information. To follow all our news, you can subscribe to the alerts system or to one of our different systems to provide you with all that is new.